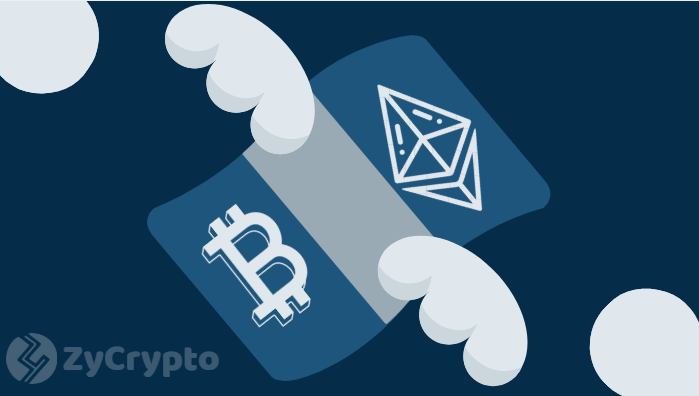 Chartered accountant turned cryptocurrency investor and co-founder of crypto exchange wallet Luno, has expressed his beliefs on the significance of digital currency in the future of finance and the economy at large. In an interview with Express.co.uk, Mr. Swanepoel elaborated on the essence of digital currency as a revolutionary tool that will consequently annihilate traditional banking system and largely restructure the pattern of finance in future.
Analyzing on the possibility of this, Mr. Swanepoel established that although he is uncertain of the means through which the evolution will occur, both Bitcoin and Ethereum or even an entirely different “human capital” will develop a stronger financial system. While he declared that he is neither anti-bank nor anti-government, he maintained that the current banking system does not fit into the structure of the digital age and will certainly be disrupted. “Money is not going to be the same forever and ever” he disclosed, firmly noting that the change has already begun taking place.
Swanepoel noted that cryptocurrency is currently being used to gamble and speculate Bitcoin price, which shows the influence of Bitcoin in the real world. Concluding that the path of digital currency is not one for mere gambling and company trading, but of long term impact, he said ;
“What we are building, in the long, run is going to be useful for people in their everyday lives – they will be able to use it for transactions.
Speaking on the growth of his co-owned company Luno, he points out the company the importance of regulation and disclosed it to be the company’s sole goal. Explaining that his company has been operating in a “pragmatic way” since it’s inception, he said ; “We are one of the more pragmatic players in the industry because of the more conservative way we built the company”.
Luno, currently ranked as the 92nd largest cryptocurrency exchange on coinmarketcap is headquartered in London. Founded in 2013, Luno has stretched its availability to 40 countries including South Africa, Nigeria and Singapore to name a few. The exchange which has recently launched a new headquarter in Africa has garnered over two million users worldwide.
Mr Swanepoel is not the first cryptocurrency expert to endorse the dominance of digital currency in the world of finance, a few other elites such as Joseph Muscat, the prime minister of Malta who had spoken highly of cryptocurrency in a UN general debate, highlighted that Blockchain serves as a filter for illegitimate businesses, making cryptocurrency, which he termed the “inevitable future of money”  more transparent.