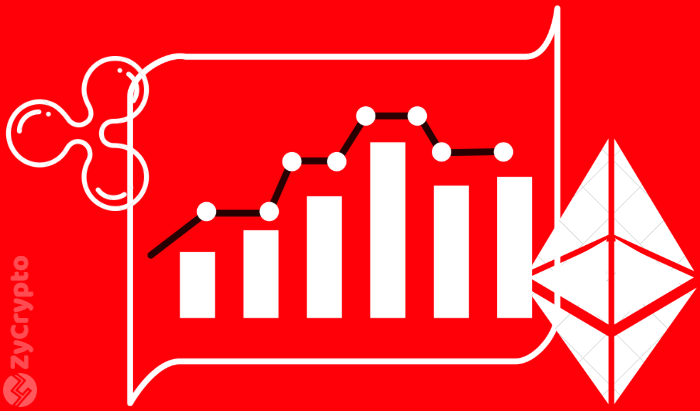 Ripple Labs had a flurry of positive news which led a rally for the coin that made it the second most valuable cryptocurrency in the world.  After Ripple announced a partnership with PNC Bank last week, the price of XRP began to soar.
The company announced that it would soon launch xRapid, which will allow “payment providers, banks and their customers to move value in one to two minutes versus days or a process that might mask those days but have to charge for the settlement risk and costs.”
When PNC Bank was added to the equation and that they would implement xRapid to speed up cross border transactions the Ripple rocket really took off.
Over the last week Ripple surged to near 100% gains and 23 billion dollar market cap.  XRP even briefly surpassed Ethereum for number 2 spot on the crypto market cap list, second only to Bitcoin.
Ethereum gained big from the dip that saw the asset drop well below $200 to near the $175 range.  ETH began to shoot up before the XRP run and then powered up to the mid $240 range before suffering this most recent downturn over the last couple of days.
Now, Ripple and Ethereum are both seeing some red as the market takes another sharp turn.  ETH has lost around 5% and XRP 10% since their week long bull run. The seemingly synchronized rises and dips possibly illustrates that most of the market is is tied to Bitcoin, Ethereum or both.

Even though XRP has cooled off from its recent run, the down time could be short because Ripple Labs says they have more positive developments on the way.  Coil is a payment system that promises to speed up blockchain transactions for Ripple and make microtransactions efficient. It is currently being tested and could impact the market in the short term if the system works smoothly.
After this downturn, the total market capitalization dropped to around $219 billion. This figure is down around $10 billion from its mid week peak of close to $229 billion.