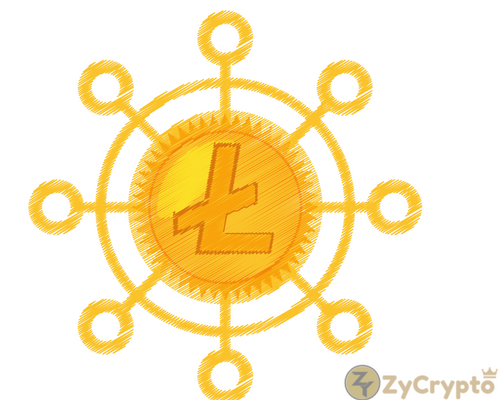 A recent investigation by the cybersecurity firm “Recorded Future”, listed Litecoin as the second cryptocurrency with the most acceptance as a means of payment in the Dark Web, after BTC, which has been losing ground to other altcoins such as DASH, ETH and XMR.

According to the study, the main complaints of Dark Markets users are the same as the “vanilla” users: The long waiting times in the transactions and the high fees. These two problems are of great importance for a market characterized by nervousness (product of a lack of trust between parties, making it necessary to use a currency with fast transactions) and by the low prices on transactions, which fluctuate usually between 50 and 300 dollars (which makes the fees proportionally too high when compared to the total value of transactions).

Likewise, the fact of being able to verify the amount of money that each wallet has, as well as of the facility for transaction tracing, make users look for options more oriented towards anonymity and speed.

After analyzing a total of 150 portals on the Dark Web, Recorded Future concluded that Litecoin is the second cryptocurrency with the highest acceptance as a payment method for these markets, with 30% of users using it.

Bitcoin is still the first most accepted option, although each time it loses more ground against other currencies. Dash goes in third place with a 20% acceptance, and BitCoin Cash (BCH) has the fourth place with 14% of sellers accepting it as payment.

The study showed that there is no real consensus among the Eastern European (Dominated by Russia) and English-Speaking Dark Markets (where American criminals are most active).
The preferences are heterogeneous, but when adding both, after bitcoin as the standard currency, LTC is the second most accepted currency, followed by DASH, BCH, ETH, and XMR.

In the eastern European market, LTC has 35% adoption, and 11% on English-speaking markets, in which XMR predominates with 15% as the second currency. The reason why XMR does not obtain a top ranking is that in the European market it only has an adoption index of just 3%. 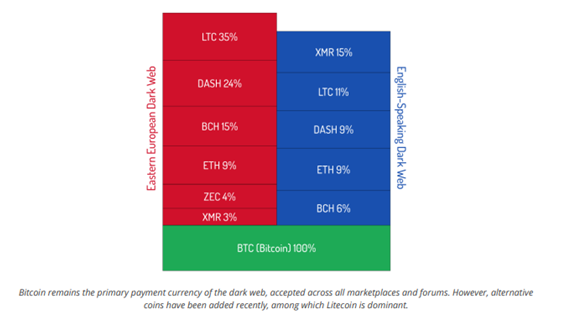 Dash network denies the veracity of the report

“The Dash network is not aware of a single Darknet market that uses Dash on its platform (…) We believe it is an absurd assertion that the report concluded that 20 percent of vendors accept Dash for Darknet transactions.
Numerous publicly available reports, even with Tor and VPN assisted searches, have indicated no adoption of Dash as an alternative payment method for these transactions. “

Monero does not support illegal activities, but still stays true to its philosophy
In the same order of ideas, Riccardo Spagni, core developer at Monero, declare via telephone to Bloomberg:

“As a community, we certainly do not advocate for Monero’s use by criminal (…) At the same time, if you have a decentralized currency, it’s not like you can prevent someone from using it. I imagine that Monero provides massive advantages for criminals over bitcoin, so they would use Monero. “

Bitcoin upgrades “to the rescue”

However, it is important to remember that while the adoption of SegWit continues to increase, the commissions in the Bitcoin network have dropped considerably and their speed has been increasing.

The possible future adoption of the Segwit2x protocol could even speed up transactions and decongest the mempool. Likewise, the use of Lightning Network is a solution that could provide the necessary speed for bitcoin to remain the King of Dark Markets.

The use of other anonymization tools such as DarkWallet could also make tracking of illicit activities more difficult for Law Enforcement Authorities.
Litecoin Representatives have not made any declarations regarding the report, which can be downloaded here: https://go.recordedfuture.com/hubfs/reports/cta-2018-0208.pdf