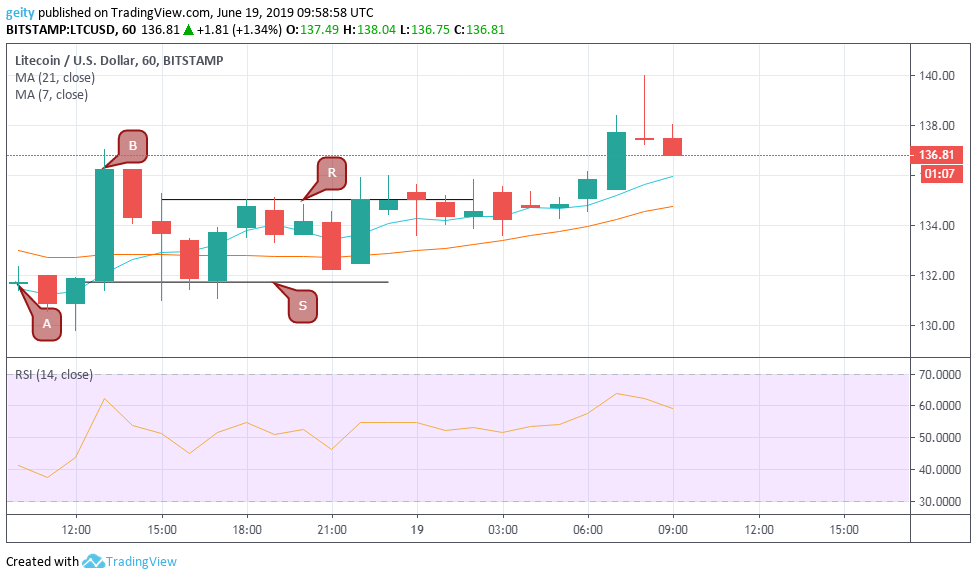 Litecoin has been experiencing unprecedented growth over the past one week, and on an hourly chart, it is still keeping up with the bullish market momentum. This is consequently supported by the 7 day MA that is trading across the 21-day MA, indicating a bullish signal.

The increase in buying pressure is reflected by the RSI that is trading above level 50, indicating that buyers have the upper hand in the market momentum. LTC/USD pair, therefore, began to sell off at $131.35 (A) when the market was undecided.

A falls bullish divergence pattern later followed that shifted the price action up to close near high of $137.03 before a terrible fall that tested support level $131.75.  The bulls then overpower the bears, push the price up testing resistance level $135.04.

At press time, Litecoin is trading at $139.21, and it’s up by 3.66% in the 24hrs timeframe. The surge of Litecoin may be due to the Bitcoin growth and future trading that is potentially sending users in the direction of Litecoin, buyers may also be starting to understanding Litecoin, or they may be buying due to the FOMO.

A more bullish market is to be encountered later on; this is because the 7 day MA is still across the 21-day MA. The new target should be placed above $140. 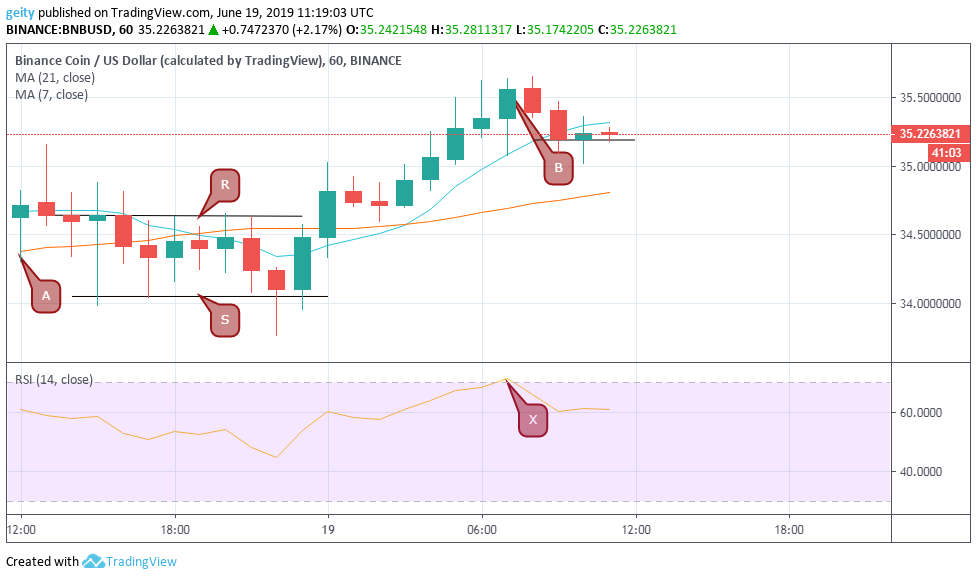 Despite beginning the day with a massive intraday decline due to intense selling pressure, Binance coin still manages to recover. It, therefore, started selling off at $34.71 (A) against the current price of $35.23. This shows that BNB/USD is up by 1.5% in just 24hrs.

Binance coin has shown commendable improvement, and it is expected to continue the bullish momentum as signaled by the 7 day MA that is above the 21-day MA in the last few hours. It has a target to hit $40.00. 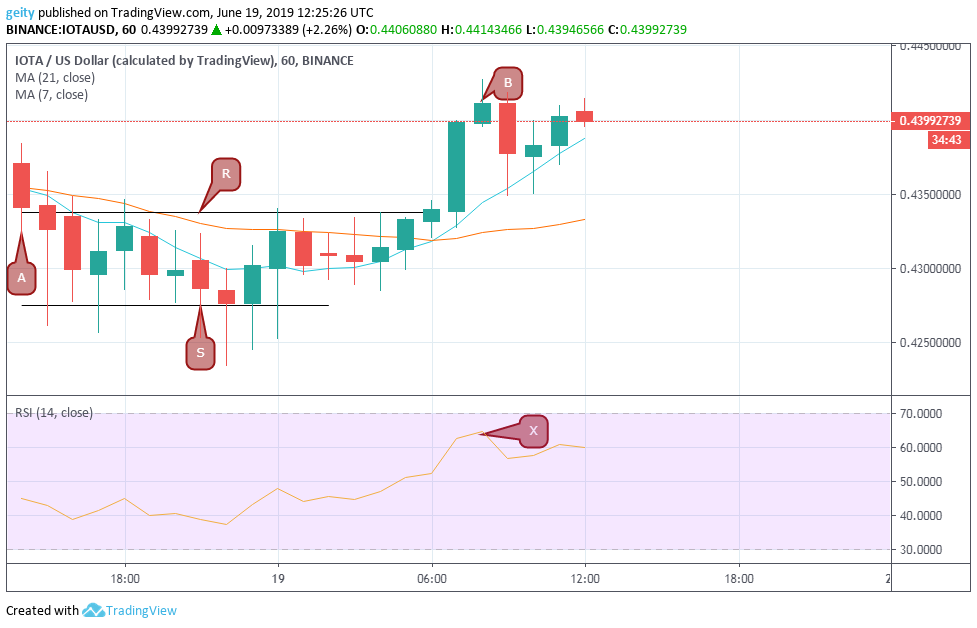 IOTA/USD is undergoing a positive outlook in the last 24hrs. Just like BNB, it began trading with a strong selling pressure before incredibly raising its price momentum. As at 14:00 yesterday, It opened trading at $0.4341 (A) against the current price of $0.4399; thus, it has increased by 1.3% in the last 24hrs.

IOTA is consolidating around significance levels where support level is at $0.4275, and resistance level is at $0.44 before it increased to a high of $0.4427 (B). Rising of IOTA price momentum was signaled by the RSI X that is seen almost trading above the overbought zone, indicating a strong buying pressure at the press time.

The RSI is trading flat during the last 2hrs thus indicate luck of dominance from either buyers or sellers.

The coin is assumed to keep up with the trend and keep it green for the next few hours; this is because the moving averages are both pointing on a bullish market rally. The new support target should be set at $0.445.