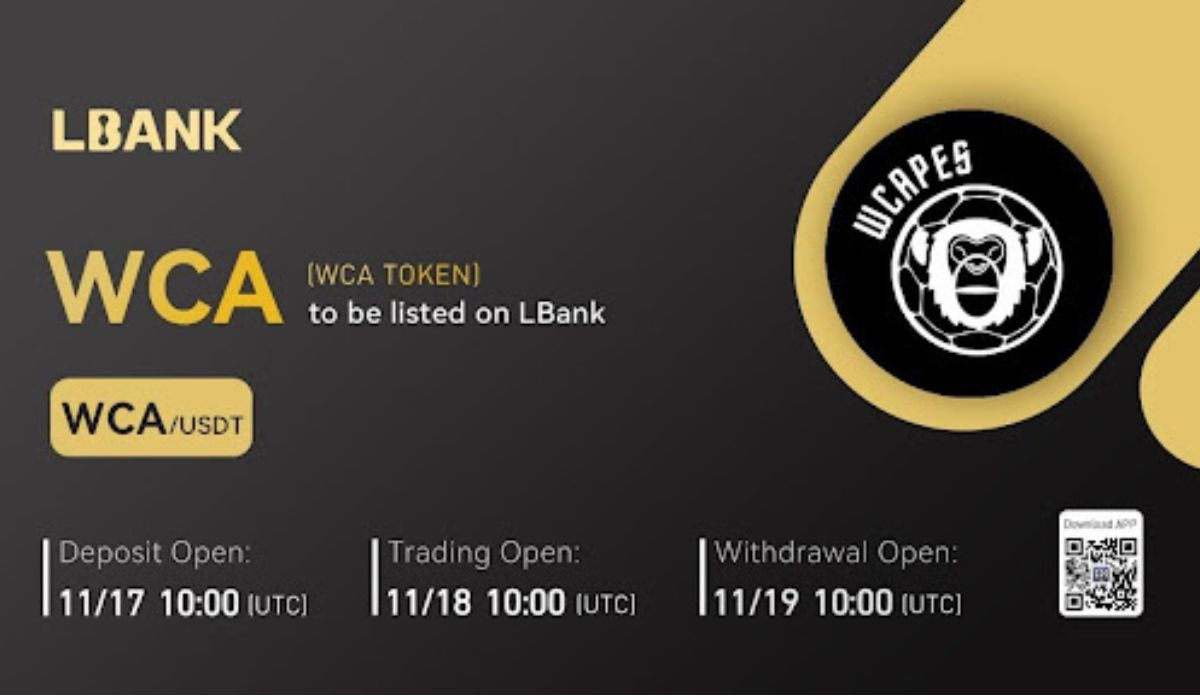 Leading digital assets trading platform LBank has announced plans to officially list the WCA TOKEN (WCA) on its platform via a recent press. The token launch follows the platform’s plans to expand its reach to the global space further.

WCAPES is a blockchain project built to integrate football with crypto. The platform seeks to provide exclusive access to the football world while leveraging the power of blockchain technology and NFTs. Launching its native token (WCA) on the LBank Exchange suggests further recognition and adoption for the project.

As disclosed via the announcement, the official listing of WCA TOKEN (WCA) on the exchange has been scheduled for November 18, 2022. Hence, the WCA/USDT trading pair will be officially available for users of the LBank Exchange to trade with.

The WCAPES project was designed following the belief that investing in football is a privilege limited to a few persons. This concern has triggered WCAPES’ effort to provide the world with a better trading system and technological innovation capable of providing equal access to the world of football.

The project considers integrating the football business with emerging market trends like cryptocurrencies, blockchains, smart contracts, fan tokens, NFT, GameFi, and metaverse, as the basic answer and remedy to its concern. As such, WCAPES has deployed this mechanism to offer everyone a chance to own a unique identifying piece of their sports idols while allowing them also to become investors in the global football business.

Following efforts to achieve its goal, WCAPES further revealed plans to invest in the best NFT platforms and incubate major sports players to build a bridge between world-class sports and the NFT world. The proposed launch of its token on LBank will allow users interested in WCAPES to buy and sell the token via the exchange easily. The listing predicts a broader adoption for the project.