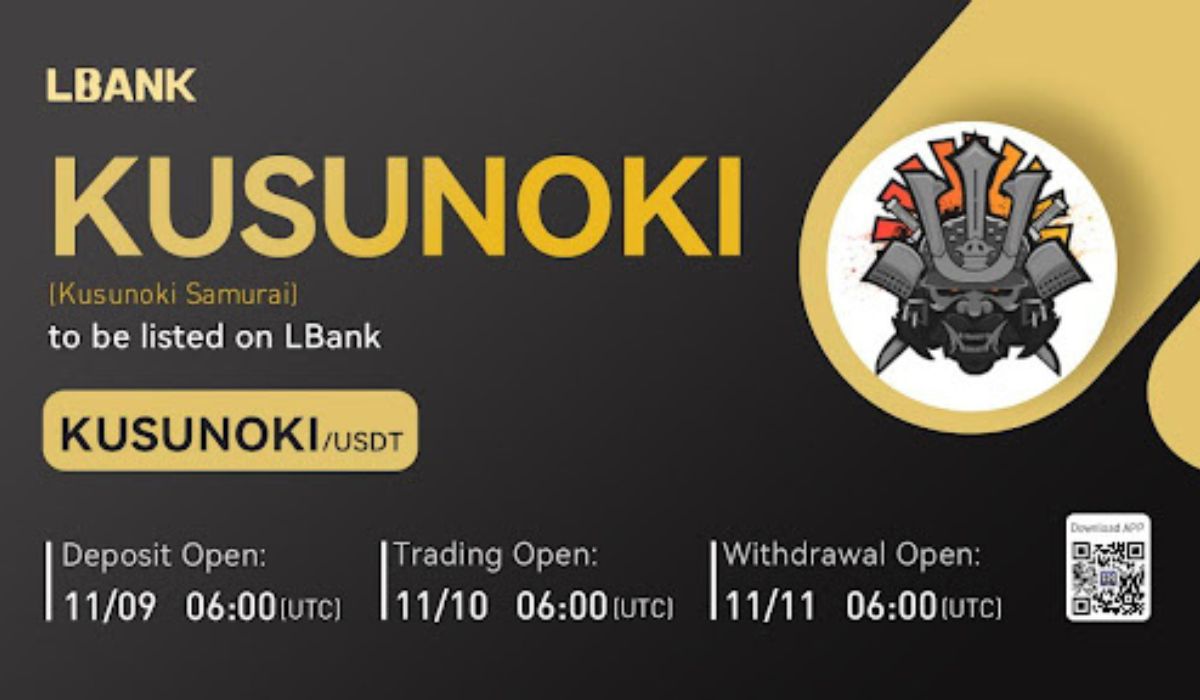 Kusunoki Samurai (KUSUNOKI) is an open-world, story-driven metaverse game that gives players access to cryptocurrency and the metaverse, allowing them to assume the role of a warrior who can cross over into other worlds. On November 10, 2022, at 6:00 UTC, the native token KUSUNOKI will be listed on LBank Exchange, further expanding its global reach and aiding in pursuing its vision.

A game like Kusunoki Samurai, powered by the blockchain, can completely immerse you in action. It intentionally incorporates NFTs into the system once it is up and running. This would bring the gaming experience full circle by allowing players to store and trade the game’s native KUSUNOKI token in the cryptocurrency market.

As the game progresses, players take control of one of the four legendary Samurai and guide them through a series of quests, battles, and trials across various worlds and test their mettle to the limit. The player will take on the role of a dimensionally-hopping warrior, able to emerge victorious from the depths of the night as an embodiment of the Kusunoki Samurai ideal.

The Kusunoki Samurai game’s NFT will feature various swords modelled after traditional Japanese blades, including katana, wakizashi, and tanto. Eventually, after playing for a long time, players can use this skill set to unlock more challenging game content. These NFTs can be bought, sold, and traded like any other in-game item, and the KUSUNOKI token will be rewarded to players as they advance in levels and can be traded like any other NFT.

Kusunoki Samurai was designed to be played as an RPG on the web. To complete Kusunoki’s missions, players must combat various NPCs, including rival samurai and monsters. Not only will this create a more immersive gaming experience for players, but it will also introduce a new market segment for NFTs.

The KUSUNOKI is the game’s native token, used in the Kusunoki Samurai board game. The game’s protagonist, Kusunoki Masashige, can use it to upgrade his gear. It can also be used to get a head start on the game by buying early-on equipment and abilities to help you get KUSUNOKI token.

On the 10th of November, 2022, at 6:00 UTC, the KUSUNOKI token will be listed on LBank Exchange, making it possible for anyone interested in investing in the Kusunoki Samurai project to buy and sell the token with ease. With the KUSUNOKI token now listed on LBank Exchange, the company will be able to grow even more and gain more exposure in the market.