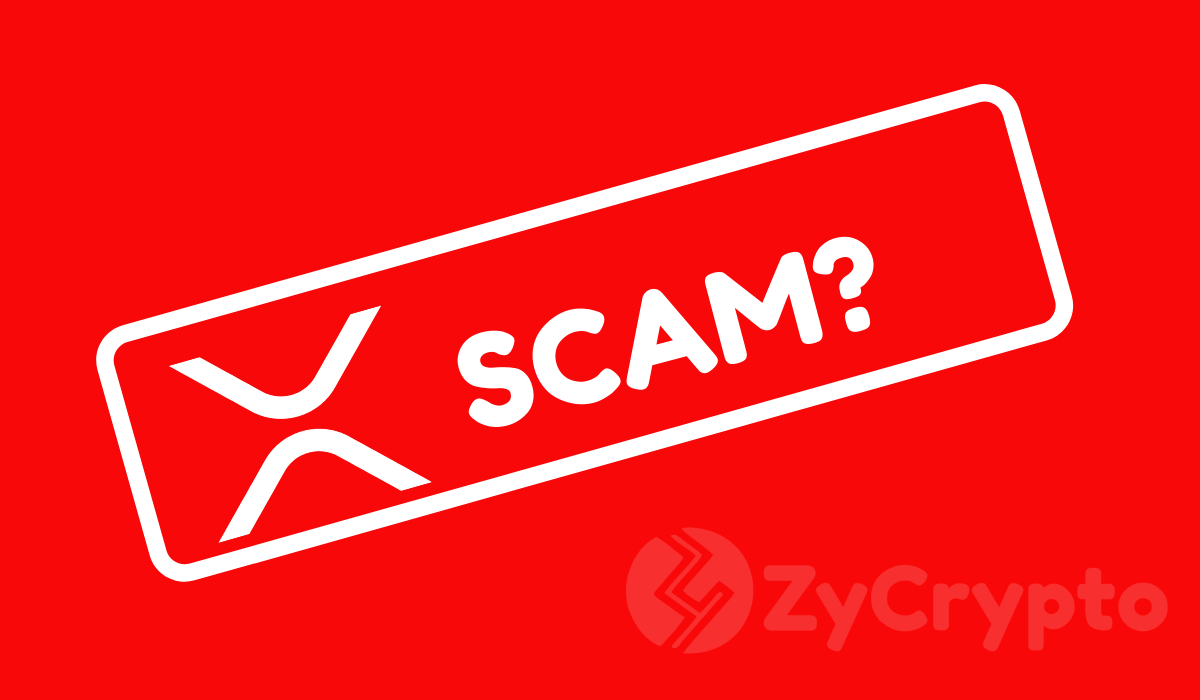 Ripple (XRP) has been at the centre stage of the cryptocurrency industry in the last week with many great developments in its favor. However, Forbes Contributor, Jason Bloomberg seems to be taking all the fun away. as an article published on the Forbes website says Ripple is a scam.

This is a follow-up article after a previous one which speculated that the company and the XRP token could be a fraud. In the recent article, however, Bloomberg seems certain about the “deceptive activities” of Ripple & XRP.

To start with, he says Ripple was originally designed as a pump and dump project because the company works really hard to pump the price, but does so cleverly so that only those who look closely enough can spot the issues.

“At its core, the Ripple business model is a pump and dump scheme, as it undergoes numerous activities to increase the value of the XRP cryptocurrency (crypto). Unlike most crypto pump and dumps, however, Ripple takes numerous steps to obscure this basic fact.”

Ripple boasts of having several institutional clients but this has been disputed by Bloomberg. For instance, its clients such as Santander, are more of partners than actual clients. Here is the big part, Bloomberg claims Ripple actually pays its “customers” to promote XRP in an arrangement called the RippleNet Accelerator program. One would have thought the clients would pay Ripple for its services. That puts a huge question mark on Ripple and how they run the business.

One major issue Ripple has been facing concerning XRP is the argument that XRP is actually a security and not the cryptocurrency they claim it is. Bloomberg argues that this is so because those who buy XRP only do so to sell when the price pumps. This is the idea behind the whole Ripple business as Jason says the CEO, Brad Garlinghouse said it himself.

“We’re driving velocity and demand of XRP. “For everything I do, I think what is in the best interest of the XRP ecosystem”, the CEO said.

Another issue with Ripple has been the problem of central control. Ripple claims not to own or have created XRP, however it controls over 60% of the total XRP circulating supply. Ripple argues that XRP is an open source project that is separate from the Ripple company. It, however, claims the group of developers gave it a large percentage of XRP.  The question is for what? Bloomberg believes it is for pumping the price of the token.

“XRP is open source and it was not created by our company, so that existed as an open source technology. We created a company that was interested in modernizing payments and then began using that open-source tech to do so … We didn’t create XRP… What we do have is we do own a significant amount of XRP, it was gifted to us by some of the open-source developers that created it. But there’s not a direct connection between Ripple the company and XRP.”

Many Reddit users, however, do not believe this is so and have argued fiercely that Ripple and XRP are legit. This is not a surprise because Ripple has as many supporters as its critics. Many have also argued that Ripple and XRP are actually a scam and just as many, if not more think otherwise. In fact, a Twitter poll revealed 4x more people think XRP should be the second largest cryptocurrency than those who think Ethereum (ETH) deserves the second place.

While Coinbase’s recent listing of XRP was seen as an end to the security controversy, Bloomberg’s position is likely going to ravage everything. What do you think of Ripple and XRP? Is it a scam project Or very much legit?