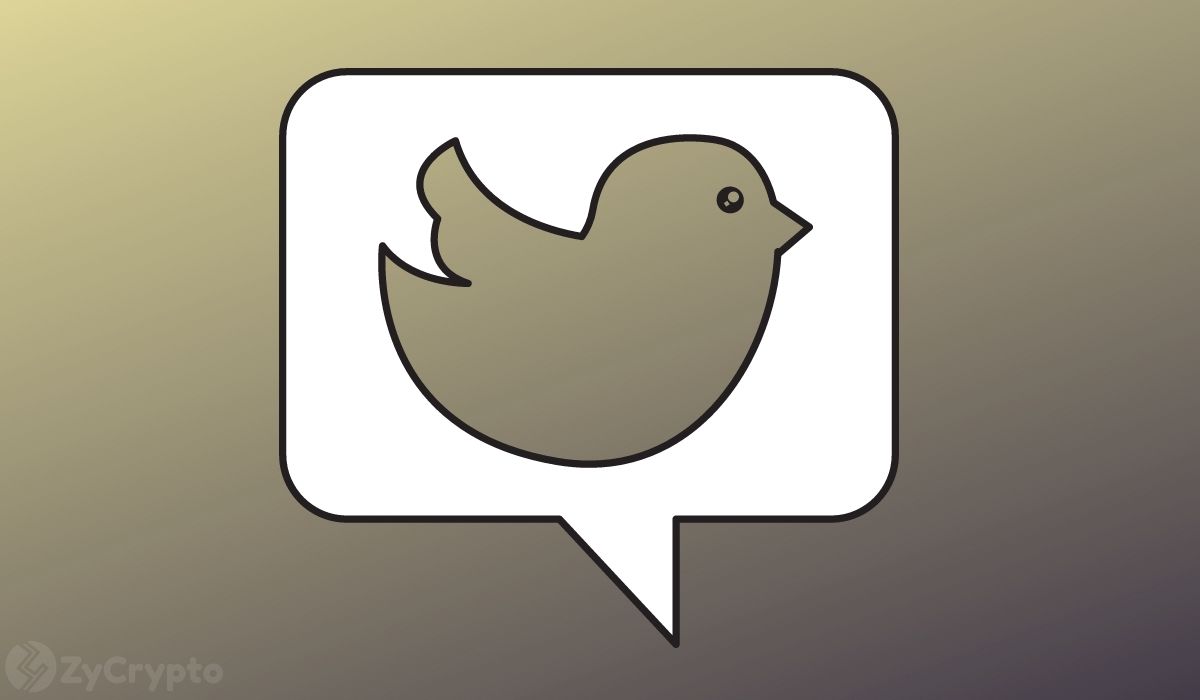 Twitter CEO and tech entrepreneur, Jack Dorsey has sold his first-ever tweet for $2.9 million after putting up an NFT of it for auction a few weeks ago.

Dorsey shared a link to a platform called “Valuables” two weeks ago via a tweet. Bidding was to be made on the platform, and in just about 24 hours, the highest offer was $2.5 million—an offer from Malaysian businessman and CEO of Bridge Oracle, Sina Estavi overtaking tech entrepreneur Justin Sun’s $2 million bid.

The tweet which says, “just setting up my twttr” was posted on March 21, 2006, and was the first tweet on the social media platform following its inception on the same day.

The tweet was later sold to previously mentioned Malaysian businessman Sina Estavi for $2.9 million; afterward, the funds were converted to 50.875 Bitcoins and donated to charity.

Dorsey whose bio on his Twitter profile reads, “#bitcoin” has been an ardent supporter of Crypto Assets himself.

As a consequence, it wasn’t a surprising revelation to learn he aims to sell an NFT of his first tweet when he made the announcement. He noted that bidding would end on the 21st of March, the proceeds would be converted to Bitcoin and donated to GiveDirectly—a Nonprofit Organization in East Africa focused on helping families in penury.

An NFT [or Non-fungible Token] is a virtual asset that registers the ownership of a digital file (a GIF, a video, or in this case, a tweet) on a Blockchain ledger. It is called “Non-fungible” because the asset is unique and cannot be replaced or duplicated as much as the file itself can.

NFTs work with the Ethereum blockchain and have been gaining recognition in recent times with American digital artist, Mike Winkelmann, otherwise called “Beeple”, selling an NFT of his JPEG “Everydays: the First 5000 Days” for $69 million on Christie’s; a TikToker Nathan Apodaca auctioning off his viral “skating” video as NFT for $500,000; and digital artist Pak selling an NFT called “Metarift” for $904,413.

The NFT craze has recently escalated with several billionaires and celebrities like Lindsay Lohan, American rapper Ja Rule, Mark Cuban among others joining in the bandwagon.

Just recently, billionaire and CEO of Tesla, Elon Musk, revealed he would be selling a tweet of his as an NFT. Taking to the social media platform, he said, “I’m selling this song about NFTs as an NFT”. Additionally, American rock band Kings of Leon has raised about $2 million with their “NFT Yourself”—a collection of different NFTs it put up on YellowHeart.

Nonetheless, not everyone is excited about the mania as NFT criticisms have heightened alongside the hype it’s getting with some Twitter users criticizing the security of NFTs, noting how the digital files associated with them can be erased or replaced, making them worthless.