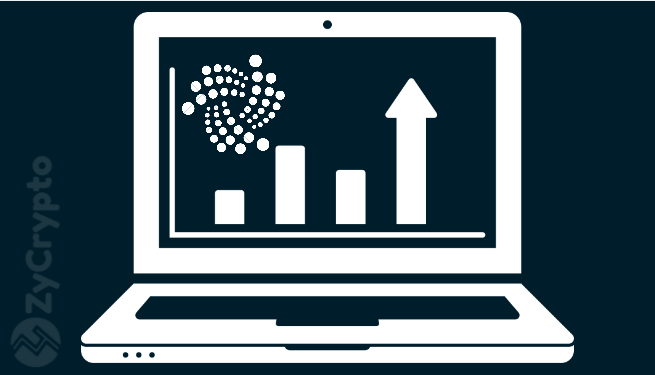 On Monday, IOTA gained after it emerged that Jaguar was testing IOTA-based solutions in the new fleet of cars. Come Tuesday morning, IOTA started to lose some of the gains recorded in the wake of the news.

From the technical side, the IOT/USD pair is testing under the lower boundary of 1-hour Bollinger Band which is$0.3030. When this phase is over, we should witness psychological of $0.3000 which will be followed by the barrier created by SMA50 at $0.2950.

If we put the downward looking intraday RSI into consideration, we have a  high possibility of a further bearish correction. However, the sell-off might be tied to around $0.2900-$0.2870 congestion zone supported by SMA200 (1-hour).

On Monday, Jaguar and Landrover announced that drivers will soon get rewards in cryptocurrency in exchange for data. With the developments, the vehicles will be equipped to automatically report road condition data, such as traffic congestion to local authorities in exchange for  IOTA tokens. The initiative is a partnership with the IOTA Foundation, Jaguar and Land Rover.