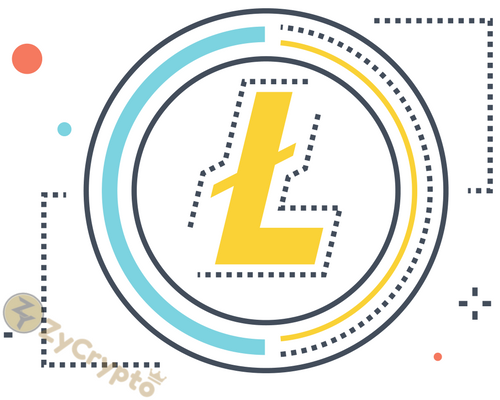 As the crypto world still tumbles, one of the coins which have felt it hard happens to be Litecoin. It dropped to its lowest ever in the first week of March and with its slow pace on the price curve, as compared to other coins, hasn’t been what many had expected.
Charles Bovaird a well-known crypto analyst at the start of the year even compared Litecoin to Bitcoin, saying that the two coins are “Birds of the same furthers”. With its’ relatively high maximum supply, which is designed to be quadruple of Bitcoin’s its price has been a pale shadow of what it was expected to be. Most of the coins has had its ups and downs and if that is the case, looking down on Litecoin now would be a mistake.
Cryptocurrencies are weighed on their potential and not their current state. What a coin can become is far more important than what it is at the moment and the crypto investment isn’t about making a fortune overnight, but trusting the process and future of the coins and sticking to it. Many people who have made a fortune off Bitcoin are those who stuck to it from 2009 and believed in its future till its finest moment.
The 6th largest cryptocurrency is originally a fork of Bitcoin, hence the wider the expectations due to its similarities with Bitcoin (BTC). Litecoin is just like the rest of the bigger coins and even better as it all comes down to time.
In recent years, the number of payment platforms to adopt the digital currencies has increased significantly. Its Creator Charlie Lee still focuses on the coin being a choice when selecting cryptocurrencies for business.
It is widely presumed that a cryptocurrency’s performance is widely due to speculation. Whiles that may be an undeniable fact, the technology and behind a coin is what keeps it going.
In addition to the coin being a tradable asset of many crypto exchanges, it is also made easy to convert into many currencies such as the EUR, GBP, and USD. Just recently, the Litecoin Foundation unveiled a marketing campaign dubbed #PayWithLitecoin, which is aimed at helping business accept the digital currency.
As a cryptocurrency who has its development based on speedy exchange times and low transaction fees, combining that with the increasing urge to have greater access and flexibility over one’s accounts, are rapidly driving Litecoin towards turning into the new worldwide payments standard for consumers and organizations around the globe.
Litecoin struck its all-time high in December last year at $341.80, a time in which Bitcoin and Ethereum were also rising on the price curve. The coin now trades at $95.87 at the time of this article, losing about $245.93 since its all-time high and although it has failed to recover, so has the other coins including Bitcoin, the king of cryptocurrencies.
Bitcoin recorded an all-time high of $20,000 but is now trading at $6,433.87. It takes quite some time before a coin can make its presence felt and it would be better to have patience and still move with Litecoin than to make a mistake you might regret later.