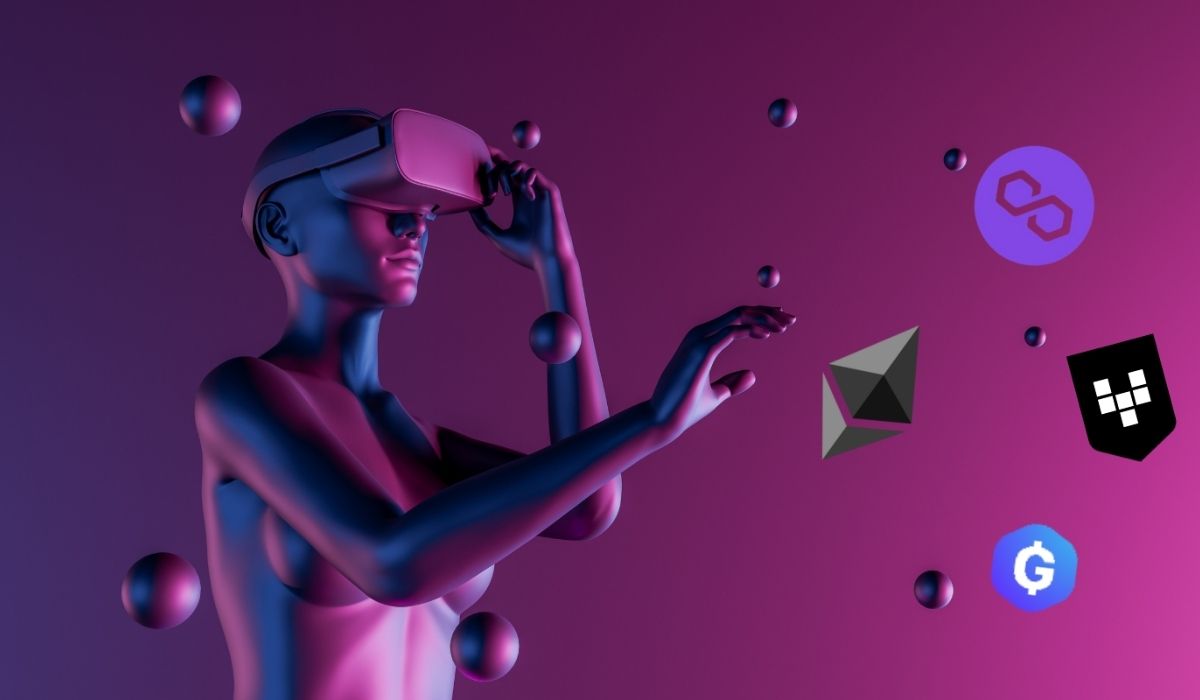 The Metaverse is a general system that acts as a new form of communication. While still in its early stages of development, this is a digital ecosystem where people can trade goods, buy, sell, and move through cyberspace. Currently, there isn’t much of a substantial development being made within the Metaverse system. However, with the rise of new layer two technologies, the potential of Ethereum’s Metaverse has become amplified.

Especially with the adoption of Polygon into the Ethereum-based Metaverse, the possibility of the Metaverse becoming an actual, practical system is much more likely. Polygon is a layer two ecosystem that allows for scalability, linking directly into Ethereum as a supporting chain. With these new capabilities, Polygon is allowing for development within the Metaverse at speeds that were previously seen as impossible.

In this article, we’ll be taking a look at Polygon, demonstrating how its development has solved a plethora of problems that the layer one ecosystem Ethereum was facing. Additionally, we’ll be touching on all of the projects that Polygon is helping develop, pointing towards the gaming industry within the Metaverse.

Why was Polygon created?

After receiving a $450 million USD investment, Polygon was launched into development, fast becoming a part of the extensive blockchain network.

Acting as a supporting layer 2 ecosystem that helps Ethereum (a layer one ecosystem) to run smoothly, the main goal of Polygon is to process transactions at scale. One of the largest problems with Ethereum is the scalability issue. Currently, this network can produce 15 transactions per second. While this is higher than Bitcoin, it is still ridiculously low.

Considering that there are potentially thousands of transactions that are queued every single minute on the Ethereum platform, the ecosystem has rapidly developed a large queue of orders. This means that many of their transactions are not processed immediately, leading to large problems.

While users can pay a ‘Gas Fee’ to send through transactions to the front of the queue, these have quickly become over $100 per transaction. One of the core issues with this is that transactions on the ecosystem fail to record, leaving them open to vulnerabilities. This is actually how OpenSea lost $1.8 million on their Ethereum-based NFT platform, as users didn’t want to pay high gas fees, leading to their transactions not being recorded correctly.

Polygon acts as a connecting chain that integrates into Ethereum. Its main goal is to help with scalability and process transactions. As they are connected together, the Polygon network offers a proof-of-stake sidechain, which will validate certain transactions and then transfer that information back to the main Ethereum chain.

Polygon acts as the solution for Ethereum’s high gas fees, poor transaction-per-second rate, and slower user experience. As Polygon allows for scalability, it significantly helps Ethereum become cheaper and more effective when compared to its competitors.

How Polygon is a game-changer for the Metaverse

One of the most valuable contributions that have resulted from Polygon’s support of Ethereum is the development of the gaming industry within the Metaverse. Polygon’s MATIC blockchain helps developers to create online games that can be accessed directly through the Metaverse. Some of these games have already built incredibly popular userbases, with some games receiving valuations of millions of dollars.

Two popular games that have been launched on the Metaverse thanks to Polygon’s development system are Arc8 and CryptoTanks. Arc8 is currently the most popular game on Polygon. It acts as a collection of different games like ‘Marble Dash’, ‘Globo Run’, and ‘Pixel Dungeon’. The diversity of the different games that can be played on this single platform is one of the factors that draw a large number of daily players.

Within Arc8, users can play and claim points, allowing them to get rewards, enter tournaments, and play for free.

Another game that has seen success on the platform is CryptoTanks. This application allows users to battle against opponents online. They can customize their tanks by buying NFT skins, giving them special upgrades to power, speed, mobility, and other metrics. The integration of NFTs within this gaming system has also led to many users playing CryptoTanks in order to make money.

As you can earn NFT skins and then sell them, the CryptoTanks ecosystem has fast become a fun way to pass your time while also making money. Both of these games represent the power of Polygon, with its digital capabilities providing the perfect environment in which developers can create online games for the Metaverse.

Alongside solving the scalability problem of Etherium, the powerful layer two ecosystems of Polygon has created the perfect sandbox for developers to create new applications. This new potential pathway for developers has led to the creation of a range of games within the Metaverse.

When looking towards the potential of Polygon, one only has to look towards the development of the Metaverse and gaming to realize the power this layer two ecosystems has. Only time will tell just how far Polygon can push the limits of what Ethereum can achieve.