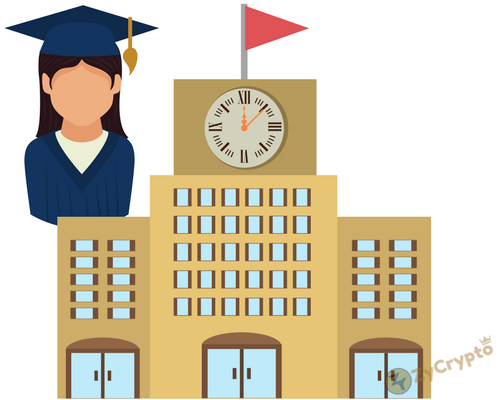 Everyone has been looking forward to what the latest generation of Harvard tech entrepreneurs are up to after Mark Zuckerberg helped to pioneer Social Networking about a decade ago, this came thirty years after the revolution of Operating System software by Bill Gates and Steve Ballmer Mark. Well, don’t think too far because Cryptocurrency is the next in that trend.
Daughter of Syrian immigrants, Bushra Hamid, a 19-year-old has been joined by three other schoolmates: Junaid Zubair, Scott Sussex, and Omar Sorour to form Plympton Capital, a hedge fund for investing digital currencies. Hamid says they plan to launch in about six to eight weeks, opening with $1 million.
Named for a street in Cambridge, Plympton has at present, been able to raise about $700,000 from friends and family, 70 percent of the target. According to Lex Sokolin, the global director of fintech strategy at Autonomous Research, founders Plympton may enjoy a “generational advantage” even as it costs a great deal to run a fund, so most require is aiming for $25 million to $50 million.
A fresh online survey conducted by Harris Poll for Blockchain Capital of about 2,000 adults, showed that 4 percent of people between the ages of 18 to 34 years old had owned Bitcoin. This is double the rate of the general population, with 16 percent of them saying that they aim to purchase Bitcoin in the next five years.
It shows why the Plympton group is banking on the youth movement. To find the right investments, Plympton’s strategy is to set up technical analysis, arbitrage opportunities, portfolio optimization, and machine learning.
The four of them began meeting to deliberate on cryptocurrencies last year, individually investing in crypto coins. Hamid said that she started the Harvard Undergraduate Blockchain Group last fall, gaining the interest of more than 300 students.
Hamid won’t tell how much she made on crypto but was able to instantly spur her into action after impressing a friend. Hamid said “He was instantly, instantly intrigued,” also. “He said, ‘Start something, and I’ll invest.’ I realized, ‘Why not?’ “We don’t necessarily know a lot, but they have full trust in us,”  Hamid had to contact attorney John Lore to get started, who has facilitated the setting up of about 30 crypto hedge funds.
“We don’t necessarily know a lot, but they have full trust in us,” Bushra said.
The quartet does have some significant experience although they are not business majors, Zubair has served as an intern for and a bank in New York and an asset manager in Chile. Omar is a senior in neurobiology and economics while Sussex is a junior in Applied Math. In a phone interview with Scott Sussex, he said that:
“Balancing running a fund and school is challenging, but part of the reason we have four co-founders, that’s allowed us to get where we have given time constraints with school,”