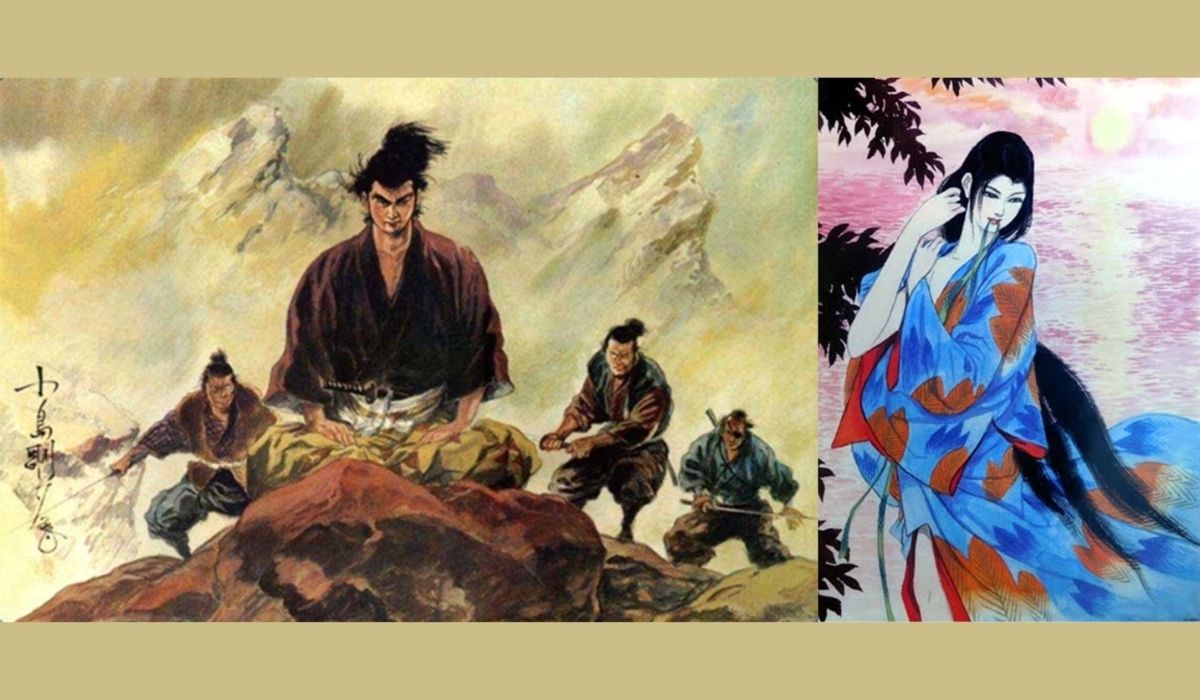 Regarded as one of the most famous manga artists, Goseki Kojima’s rise to the top of mangakas was explosive. Born in Yokkaichi in a painter’s house, he made his debut as a manga artist after working as a book rental manga artist while drawing pictures on movie signs and picture-story shows. Later, he moved to Tokyo in 1950, where he worked as an artist of “kamishibai” (Japanese for illustrated stories) for many years before turning to manga in the late 1950s.

Initially, Goseki’s original manga titles were distributed through libraries, and it was not until 1967 that his work started to appear in conventional magazines.

One of his most iconic manga titles, “The Lone Wolf and Cub” was first introduced to English readers in 1987. It tells the astonishing story of a disgraced executioner (Ogami Ittō) and his young son Daigorōas. In this work,  Kojima collaborated with writer Kazuo Koike and the two were dubbed “the Golden Duo”. This manga captured the attention and fascination of many comic readers with the intelligent, action-packed stories and stunning artwork.

In 2004, Goseki Kojima won the prestigious Eisner Award that recognizes cartoonists inducted into the Eisner hall of fame.

Kojima’s work now exists as a memory of his life. After his death in 2000, the Goseki Productions was set up to manage the copyright of his work and preserve his legacy. The organization has more than 65,000 original artworks by Goseki Kojima. Two of Kojima’s works, titled “Goseki- Female Ninja Oboro” and “Goseki- Samurai”, are currently sitting in a government-owned museum, Yokote City Masuda Manga Museum, and will be auctioned as NFTs on Trophee.

Manga Token, an ecosystem that connects Manga artists and Manga fans through Manga NFTs, is partnering with Goseki Productions, SOZO Comics, Masuda Manga Museum, and the Goseki’s family, to digitize these masterpieces on the blockchain and make them available as NFTs on the Trophee Marketplace.

The two NFT pieces are available for sale at a members-only auction scheduled to take place on  TROPHEE Manga NFT Marketplace as follows:

To participate, please purchase a membership card on Trophee.xyz. You will need 100,000 $MANGA to buy a premium NFT membership card. In addition, every participant in the NFT auctions has to go through the KYC process. The KYC process is essential for Manga’s future growth. It will facilitate compliance with the regulations and protect the project.

Link to the auction: