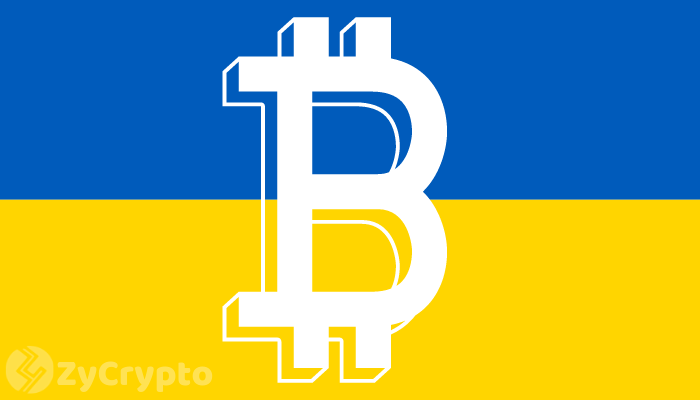 Countries in times of strife have been turning to Bitcoin and other cryptocurrencies in hopes of finding economic refuge in the new technology.  Venezuela and Turkey are examples of countries that faced economic and political turmoil and turned to cryptocurrency in different ways as a possible remedy to their woes.
Venezuela is attempting to jump start their economy while simultaneously skirting economic sanctions imposed by the United States and other powerful countries. In Turkey, political angst and a sinking economy has sent many of the country’s citizens running towards Bitcoin in an attempt to store value.
Ukraine’s war torn times have sent many in the former Soviet country in the same direction.  They’ve been embattled with Russia over their freedom and independence while also fighting political battles in their own country over the population’s divided beliefs on what steps to take going forward.
Michael Chobanian is the president of the blockchain association of Ukraine.  He has advocated for the use of cryptocurrency to aid in the country’s quest for independence and stability.
Chobanian contends that the country is nearly as dangerous as it was during the turbulent period of the early 1990s when the USSR Was falling apart.  For Chobanian, Bitcoin and altcoins represent a chance at freedom and a fresh start.

“We are in the top five in terms of corruption. We have a war going on. The economy is shattered. So basically what I’m trying to say is that we have absolutely nothing to lose.”

Ukrainians have a long history of fighting Russian government oppression and with the country’s own currency remaining constantly weak, the rebellious nation could be a perfect place for cryptocurrency explosion.  However, they must face an oligarchic system where the few extremely rich supporters of pro Russian causes who strive to keep the rebels down and out of power.
While the blockchain movement has the potential to lift countries like the Ukraine socially, politically and economically, the benefits have not yet reached average citizens.  The situation is dire and locals need the decentralization that Bitcoin brings to the table.
According to Ukrainian blockchain developer Andrey Khavryuchenko the country is at its line, and the people need to organize and take action.  He opines, “Bitcoin and guns, that’s the only way to save this country.”