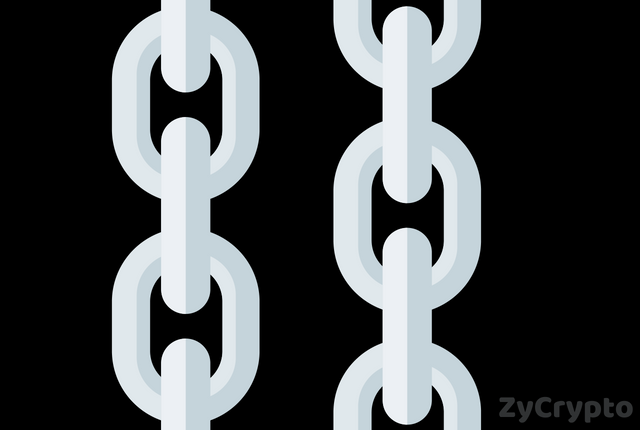 A Progress Report on mainstream adoption of Blockchain

What is Decentralization? – In Relation to Blockchain

Generally, decentralization refers to the transfer of authority, specifically regarding decision-making and planning away from a central unit. In other words, planning and decision making are made by nobody in particular.

Hence, Decentralization can be referred to as a system in which networks operate on a per-peer basis. Information, data, and transactions shared between people or devices in a s system or economy is executed on a peer-to-peer (user-to-user) basis – mostly with the aid of Blockchain technology.

Decentralization gives room for to metamorphose from the conventional silo models to a platform with no borders and no reliance on a central authority.

Blockchain is an unalterable and incorruptible ledger of digital transactions, programmable to record almost anything of value. It is inarguably an ingenious invention that has evolved into something bigger.

The fast-paced evolution of the Blockchain technology is poised to effect a paradigm shift in the entirety of conventional business models and operations, payment systems, fundraisers and more thereby, creating a path for the emergence of a fully developed and adoptable decentralized economy.

The aggregate Market Capitalisation of these digital assets as at August 2018 is well over USD222 billion including BTC.

Although there have been recent plunges experienced in value of crypto assets as can be seen from the chart, the cryptomarket is still cash flooded and full of ideas and talents enough to champion and sustain a decentralized economy.

The world has operated centralized business and economic systems for as long as we have existed. The centralised economy has excelled so far but it has continued to be plagued mostly by insecurity and lack of transparency.

Hence, the need to move on from a centralised economy to a decentralized ecosystem. This transformation is, however, possible through the utilization of Blockchain technology.
Decentralized ecosystems are based on open-source (public) Blockchain projects which allows peer-to-peer transaction of value, without third parties or centralised authorities.

Instead of transacting assets through banks (a centralised company), it is now possible globally via a peer-to-peer decentralized network at a low cost and almost instantly.
With all the positives and prospects surrounding Blockchain, Cryptocurrencies and a Decentralized economy, one question you might want to ask at this point is “What type of transformations can the adoption of Blockchain technology effect?”

Where and How can Blockchain effect Transformation?

Blockchain could transform many platforms and technologies like supply chain management (SCM), cyber security, day-to-day transaction, and management of digital rights, to mention a few. The immutability and decentralised nature of Blockchain will without doubts disrupt conventional business models.

Take, for instance, an exchange of information or assets between two parties; Blockchain eliminates mediators, removes distrust, and completes and records the transaction across nodes as soon as the predefined criteria are fulfilled by both parties. This contract initiation and auto transaction validation process are generally referred to as “Smart Contracts.”

Why Blockchain Technology must be adopted

As earlier mentioned, Blockchain is decentralized in nature and this accounts for its resilience against attacks or other malicious activities. An all-round adoption of this tech will bring about the reduction or elimination of risks. Data stored on Blockchain is safe, consistent, accurate, secure, timely and widely available to authorized persons.

Using cryptocurrencies and blockchain technology is much better than simply buying with centralized payment providers like PayPal. In countries like Germany, there are many companies which are looking to provide payment solutions with Bitcoin, and an alternative to escape more and more buying Bitcoin with payment provider methods like PayPal.

The Blockchain decentralized economy has continued to experience a significant increase in scale and size. However, there is a looming question still unanswered: How can this become mainstream?

Going history, finance and technology have utilized a centralized economic structure, but with Blockchain we now can tread a new direction. Blockchain holds the key to achieving a full-blown decentralized and trust less economy, where there are no monopolies and security is guaranteed.

Decentralization is generally observed as the reason for the development of Blockchain, but this technology is still a distance away from reality give its current state. In other to become mainstream, today’s centralised services and structures will need some time to incorporate the best parts of the decentralized Blockchain technology.

Although there are some issues that must be dealt with before full-scale mainstream adoption of a Decentralized economy and Blockchain can be realized. These issues include:

By nature, Blockchain is an entirely decentralized platform. This means that it is by no means dependent on a central authority rather, it utilizes consensus protocols across nodes on the network. In other words, any occurrence on the Blockchain is solely attributed to the network rather than a central unit.
The consensus mechanism and decentralized nature may give rise to some limitations such as low throughput and slow transaction time. These two factors are a threat to Blockchain technology becoming mainstream.
Here is why: Before a transaction can be processed, all participating nodes must be involved. This in effect can delay the confirmation of transactions if any of the participating nodes become unavailable.
And with the passage of time and growth of the system, transactions logs become bigger and take longer time to process. The eventuality here would be a trade-off between a centralized economy or low throughputs.
But what we really desire is a system that processes thousands of transactions in swift seconds without compromising security and decentralization. Until scalability problem is fixed, we will remain miles away from achieving a full-blown decentralized economy.
We need to implement solutions that will ensure that transactions can be validated with the availability of limited number of nodes without compromising trust and authenticity. Of course, this looks simple but technologically difficult.
However, the good news is that there are a few solutions in the pipeline being developed by various teams in the Blockchain ecosystem.

Now, the idea of a Blockchain decentralized economy is still a bit intimidating to some and this is a huge limitation to becoming mainstream. A lot of work still need to be put into Blockchain’s user experience.
Trusting manned systems is quite difficult, talk less of an invisible system. Mainstream adoption will only become more difficult if the technology remains hard to comprehend.
Mainstream Adoption – The Solution

Denise Quirk is a Health Advisor and fascinated by Crypto, Blockchain Revolution. She is a believer of transforming complex information into simple, actionable content. She is keenly interested in finding the value of crypto world. You can find her on Linkedin, Twitter and Facebook.