Although the market is still knee deep in red, the loss has slowed down in the last couple of hours. For Ethereum, it seems to have settled around the $127 position after bouncing back from a $125 bottom position. As next week approaches and the upcoming Constantinople hard fork nears, there are jitters going around.

Early next week, Ethereum is expected to undergo the Constantinople hard fork- an upgrade called a hard fork. This event is expected to improve some key features on Ethereum. According to Vitalik Buterin, the upcoming hard fork is expected to make Ethereum more like Zcash.

Ethereum holders and enthusiasts seem to be very cautious of the upcoming Constantinople hard fork and this might be affecting prices. According to some, Ethereum holders currently have “cautious optimism”. While everything is expected to run smoothly on the Ethereum blockchain, there’s no telling what might go wrong. In anticipation of something going wrong, some have decided to prepare for the worst and sell-off.

Fear at the mention of a hard fork is currently understandable given the events that took place in the recent Bitcoin Cash hard fork. Some Ethereum enthusiasts are afraid that the hard fork could lead to disagreements and in the end a split.

In 2016, such an event was witnessed when a DAO disagreement saw a split, creating Ethereum Classic.

Fortunately, the hard fork has received strong support from major mining pools making it unlikely for a split. Only miners can split a blockchain and with most of them supporting the Constantinople hard fork, there’s little chance that a split will take place.

After Ethereum ETH took a more than 16% drop from the last couple of days. For some, this was time to sell-off and avoid any risk and for others, it was a buying opportunity, ready to capitalize on the hard fork next week. At its current price, Ethereum ETH is in dire need of some positive news and enthusiasts are hoping this hard fork is the catalyst that gets ETH prices back on track. 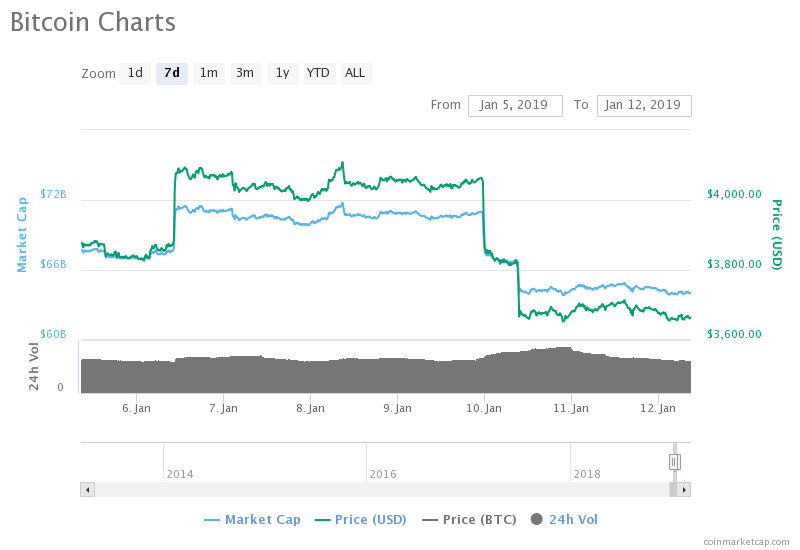 Bitcoin in the last 24 hours has hinted at a possible rally, climbing above $3,700. However, after encountering resistance, the crypto leader has fallen back below $3,700. At the time of press, bitcoin is trading for $3,659, marking a marginal decline. The $3,700 position remains the coin’s key target if a recovery is to remain feasible.