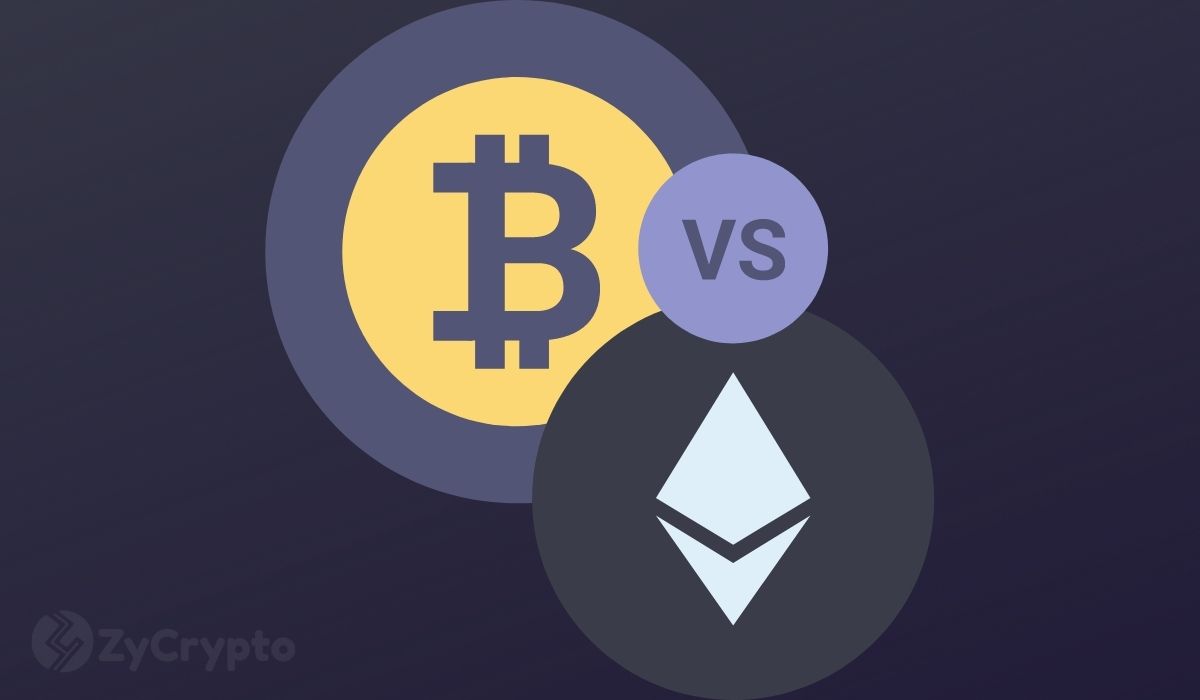 There has been a growing trend in a shift by investors choosing Ethereum over bitcoin as the battle for cryptocurrency dominance intensifies in the crypto space. Ether has made gains compared to Bitcoin in terms of market cap and investors are taking note.

This year alone, the battle between these two assets has intensified with Bitcoin increasing threefold from January to May’s peak while Ehereum shot up 5 fold within the same period.

According to Alex Mashinsky, C.E.O of Celcius Network, Ethereum’s takeover is looming as most investors on his platform now indicate to be holding more Ethereum in terms of dollar volume, anticipating that the No. 2 asset’s bleeding edge is far rewarding compared to bitcoin.

The crypto asset management firm which manages about $17 billion in client deposits has recorded an increased number of Ethereum hodlers that flipped bitcoin hodlers in the past two months. Its boss believes that despite Ethereum’s market cap not being half that of Bitcoin, it is still poised to take over the mantle soon given their difference in user value perspective.

“I think the use case for bitcoin is still value. The use case for Ethereum is yield, and yield just has a broader user base – there are more people in the world who are vying for yield – people in the world are saying I’m afraid of my fiat currency, I’m gonna just move some value from my fiat to bitcoin. so I think over time you will see broader adoption of Ethereum than of bitcoin but obviously, both of them are exceptional applications and exceptional blockchains and we will see a broader adoption of both, it’s just that one will exceed the other.” he added.

At the time of writing this, Bitcoin retains the lead with a $755 billion market cap closely followed by Ethereum at $270B which gives Ethereum a 39.1% potential.

Earlier last month, a Bloomberg report indicated that Ethereum retained a higher bull market path since the May drop. Bitcoin’s energy consumption concerns and recent crackdowns on Bitcoin mining in various parts of the world such as China also seem to have shone a positive light on Ethereum.

“Emphasizing the benefits of diversification, notably in an asset class as nascent as cryptos, the trend that appears enduring is Ethereum gaining market share vs. Bitcoin – Ethereum faces competition from other crypto-asset and smart-contract platforms, but the No. 2 crypto has won the adoption race as the go-to for digitalization of money and finance.” the report read in part.