The last 24 hours have seen the market turn strongly bullish. Leading the pack has been Ethereum which is well on its way to setting a new year high and possibly hitting the $300 target.

In the last couple of hours, the market has turned green with the crypto king as we reported climbing by around $400 in a couple of hours. This has since seen Bitcoin set a new 2019 high. For a majority of altcoins, the gains remain moderate ranging from 3% to 8%. 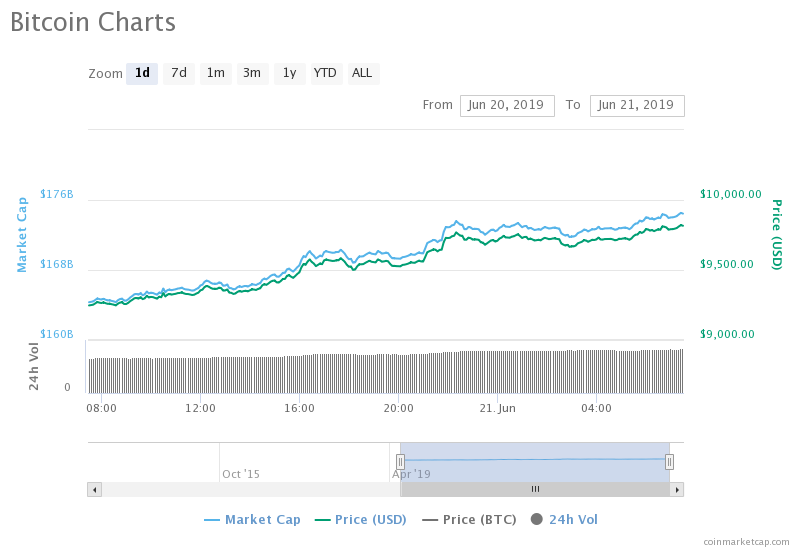 Bitcoin has managed in the last day to cross over the $9,300 barrier, further extending its gains to climb above $9,500. At the time of press, the asset is battling to break a short resistance in around $9,838.

This looks achievable over the coming hours with strong momentum expected to push it to $10,000. In a pullback scenario, the bulls have to find support above $9,700 to keep $10K in play in the short term. In case of a major pullback, $9,600 will be a more desired position for the mid-term. 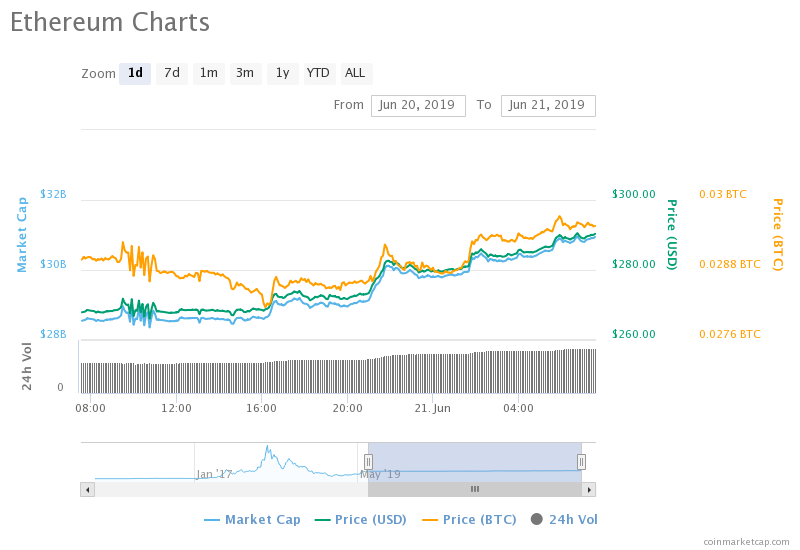 Ethereum bulls are currently in full control. In the last few hours, the bulls have taken the coin from a little under $270 to around $291. This is an all week high and a retest of a year high.

The aim has all along been crossing over the $300 position and the current momentum could offer this. Ethereum at the time of press has surged by 6% making it the highest gainer among the top cryptocurrencies. It shows then that the current momentum in the market is being driven by Ethereum.

Although it is likely that Ethereum hits $300, it is also likely that it will fail to establish a high resistance. This will leave it vulnerable to a slip back below it. But, if it can find support above $285, it will remain bullish. It will also be setting itself up for a surge in the short term, one that pushes it above $300 and sets a comfortable resistance and support position.