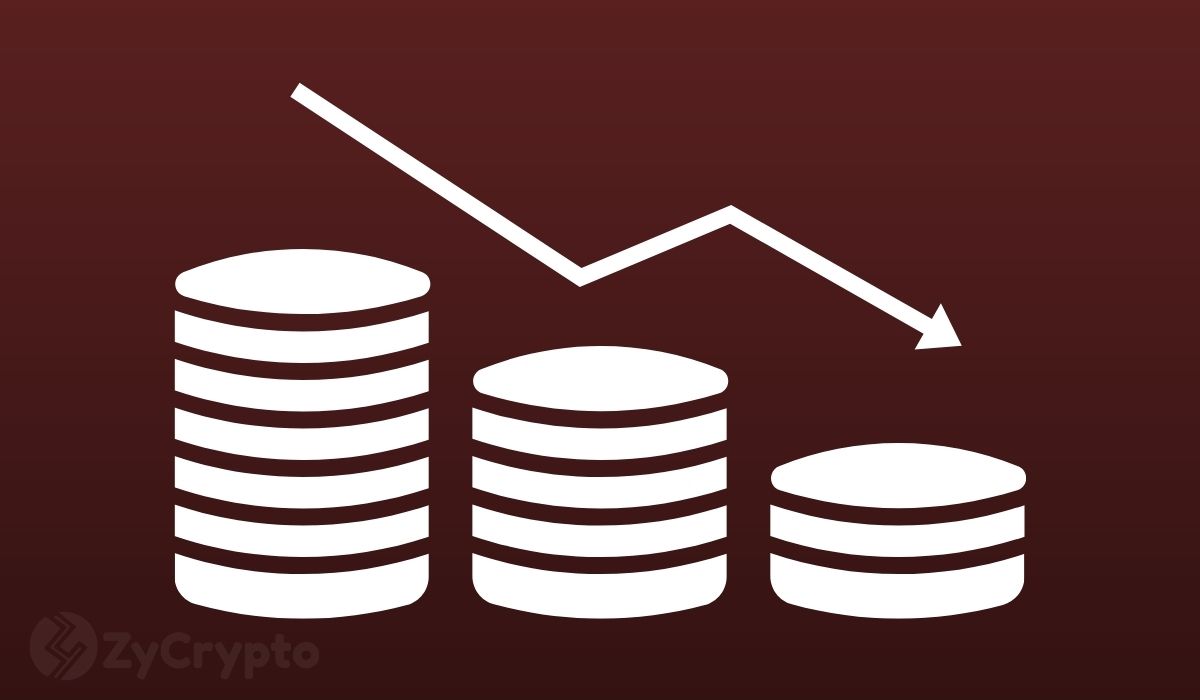 While there have been long-time speculations that Ethereum will flip Bitcoin to be the most valuable cryptocurrency, it may be happening already; though Ethereum’s EIP-1559 upgrade was what was thought would usher in this event, it seems to already be happening according to a new observation.

In a new development that has the crypto market puzzled, the number of active Bitcoin user addresses on the blockchain has been showing a bearish trend since the cryptocurrency market began to plunge. The number of addresses has hit an all-time low since April last year. Cryptocurrency analyst, CryptoWhale, speculates that this may be due to demand for Bitcoin “drying up.”

Notably, the development may be a boon for second-placed cryptocurrency, Ethereum, to more easily beat Bitcoin. With the FUD surrounding Bitcoin at the present time, investors are reluctant to enter the market. Should Ethereum prove to be a better investment, it could see all Bitcoin skeptics running to it as the de-facto cryptocurrency portfolio addition.

In like manner, the prospects improve even further for the Ethereum network as EIP-1559 is set to hit the mainnet within the month of July. The Ethereum Improvement Proposal which was first proposed in 2019, as noted in a previous report, is set to bring even more growth to the network.

As users have continuously complained of the high gas fees on the Ethereum network, the upgrade will see the network significantly alter the way fees are charged for transactions. Moving from an auction system to an automatically priced fee (base fee) system, EIP-1559 will cut transaction costs and speed on the network. Also, the upgrade will see the supply of Ether on the network turn deflationary as it burns the base fee paid for transactions on the network. This feature may win over skeptics that fear ethereum has an extended supply and therefore may devalue with time.

Additionally, not only should the Bitcoin network be stewed, but other networks may also face stiff competition with Ethereum after EIP-1559 is fully adopted. One such network is the Tron network which has been compared to the Ethereum network. The CEO of Tron has already noted that Ethereum was becoming more similar to Tron as we reported earlier. Should Ethereum take over from Bitcoin, it could see their network mashed.

Meanwhile, for Bitcoin, the road ahead is still blurry as a CNBC Squawk Box survey has revealed. According to the survey, most market participants are estimating an about $30,000 Bitcoin year-end price in contrast to the $100,000 price predictions many analysts are making.

Over 40% of respondents in the quarterly market survey of the news outlet called the price, while only 6% thought it would be above $60,000, a far cry from the $135,000-year end worst case scenario price prediction of the Stock-to-flow model inventor, PlanB.