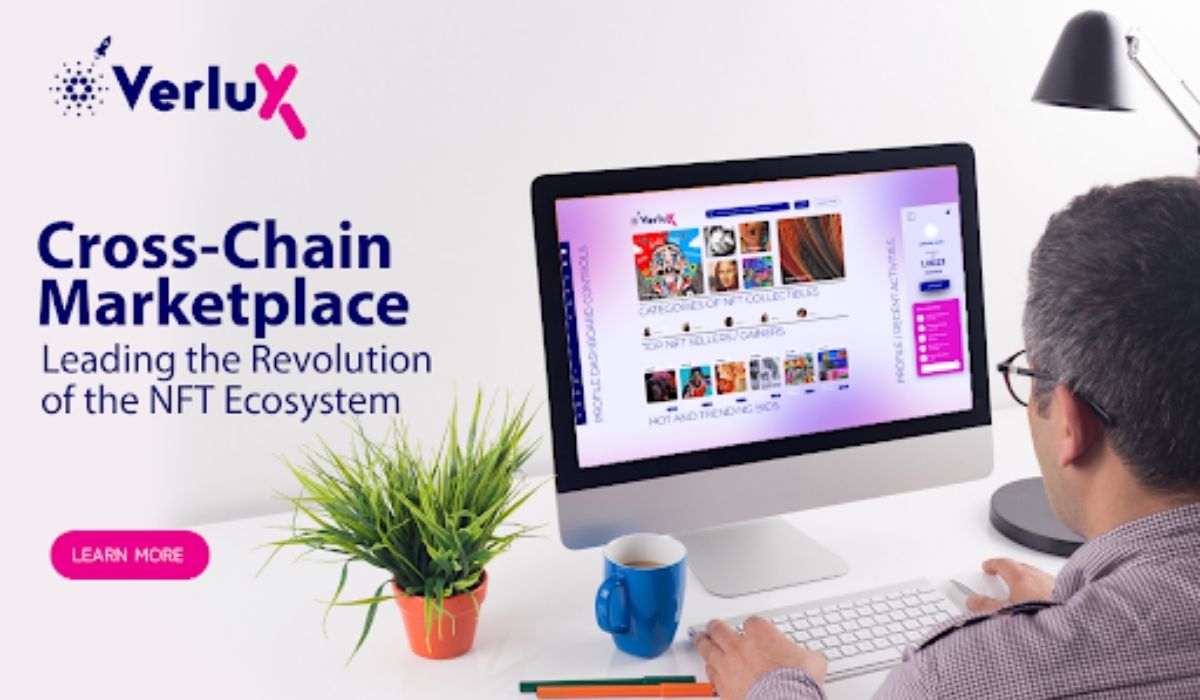 A new cross-chain NFT marketplace known as Verlux has announced its token sale. This is coming after the project hit 30% of its seed sale within a few hours. The NFT marketplace built on Cardano seeks to solve the major problems facing existing marketplaces such as high transaction fees, slow transactions, and security.

With Verlux, crypto enthusiasts will be able to seamlessly swap their NFTs between blockchains at a low cost. Like other major NFT marketplaces, it will also allow them to mint as well as buy and sell NFTs. Verlux aims to build an ecosystem that allows NFT traders to swap their NFTs from existing marketplaces to Cardano.

The utility token VLX will have various use cases in the Verlux marketplace. These will include paying for transaction fees, staking to participate in NFT farming and governance. Holders of the token can participate in voting on changes to be made in the marketplace. They can also propose and participate in key decision-making concerning the project. VLX will also be used to pay for advertisement slots and featured listings.

250 million VLX have been allotted to token sale and investors who wish to be early can join the token sale page to buy at 0.0018 ADA per token. The minimum purchase is 200 ADA and the maximum is 1500 ADA.

Verlux plans to make swapping of NFTs between blockchains as easy, secure, and affordable as possible. By solving the major problems facing the NFT ecosystem, it hopes to become the best NFT marketplace. Ultimately, the project wishes to improve scalability in the NFT ecosystem in general and explore the vast potential the ecosystem has through constant innovation.