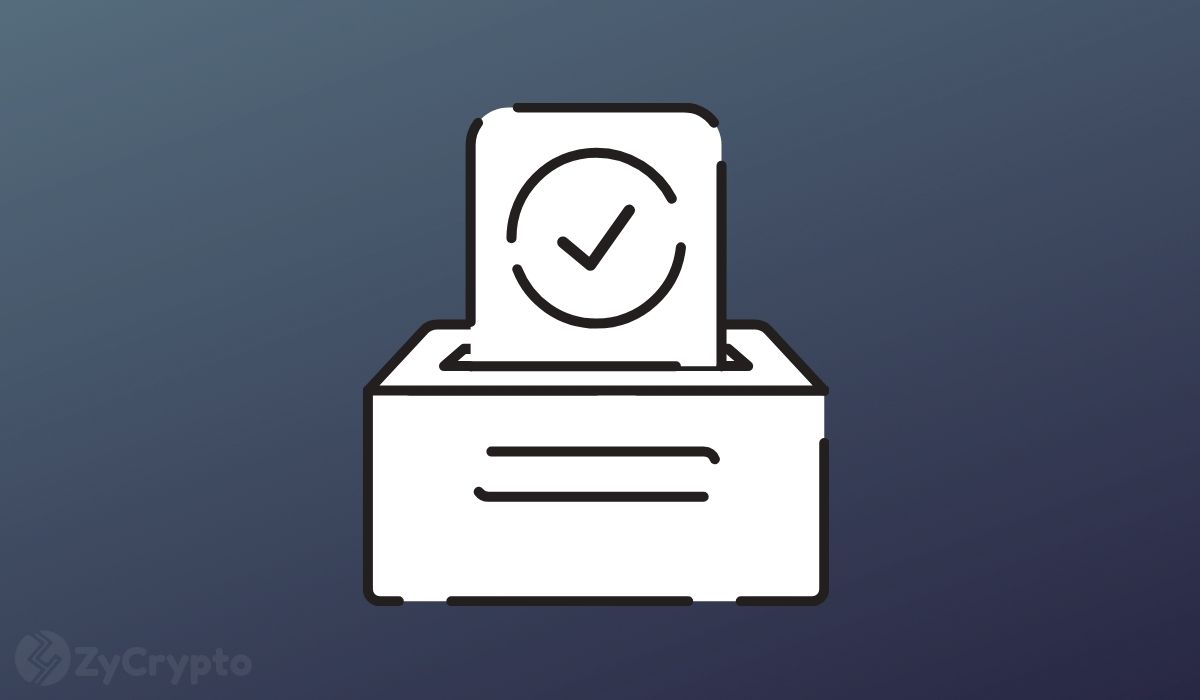 US politicians could use cryptocurrencies to garner support from voters in the next generation elections as cryptocurrency continues to gain traction amongst eligible voters. This is according to a new Newsweek poll by London-based survey firm Redfield & Wilton Strategies.

The survey queried over 9,700 respondents in August, all eligible voters in nine US states, including California, Florida, North Carolina, Ohio, Virginia, Pennsylvania, and Georgia.

Texas, Arizona Lead In Support Of A Crypto-Friendly Environment

According to the survey, 42% of voters in Texas and 25% in Arizona said they would like their states to implement cryptocurrency-friendly laws. This is after the researchers brought to their attention that Wyoming has been passing such legislation since 2018 to become the first crypto-friendly state in the country.

Between 2018 and 2020, Wyoming passed 14 cryptocurrency laws, dubbed blockchain bills that have recognized cryptocurrencies as money and assets. This has enabled a decentralized economy to bloom in the state as crypto businesses are also entitled to waivers such as state tax exemptions. The state’s senator Cynthia Lummis is also a cryptocurrency advocate who says that Bitcoin can be used to improve federal government functions.

The majority of voters who have invested in cryptocurrencies said that their decisions were driven by the possibility of high returns on investments as personal interest in the future of a decentralized economy.

However, 40% in Arizona are opposed to creating a central bank digital currency (CBDC), reflecting the views of a majority of the voters. Voters in Georgia remained indifferent to the idea.

Furthermore, around 24% of voters said they had no interest in potential plans to legalize cryptocurrencies locally or at the federal level.

The poll noted that 60% of voters who did not own cryptocurrencies knew little or nothing about the topic. While most admitted to having heard of Bitcoin, half of them admitted to knowing very little about the top coin while only less than a quarter said they’re knowledgeable.

An even bigger number said they have never heard of other cryptocurrencies, including Ethereum, Tether, or Dogecoin.  However, voters in Florida and Georgia generally indicated more exposure to the topic than in other states.

According to Louisa Idel, head of insights at the firm, voters could benefit from more cryptocurrency education.  However, this cryptocurrency trend among voters also represents an opportunity for politicians to rally support by making cryptocurrencies an integral part of their campaign plans.

“If a party wants to catch these receptive voters, it should act swiftly-not only to beat the other party to the punch but also to preempt legislation that would prove  difficult to reverse if enacted.”

The poll follows an announcement by Ryan Selkis, founder of on-chain data platform Messari, who revealed his plans to run for senate in 2022 to gain proper representation of the cryptocurrency industry in Congress.