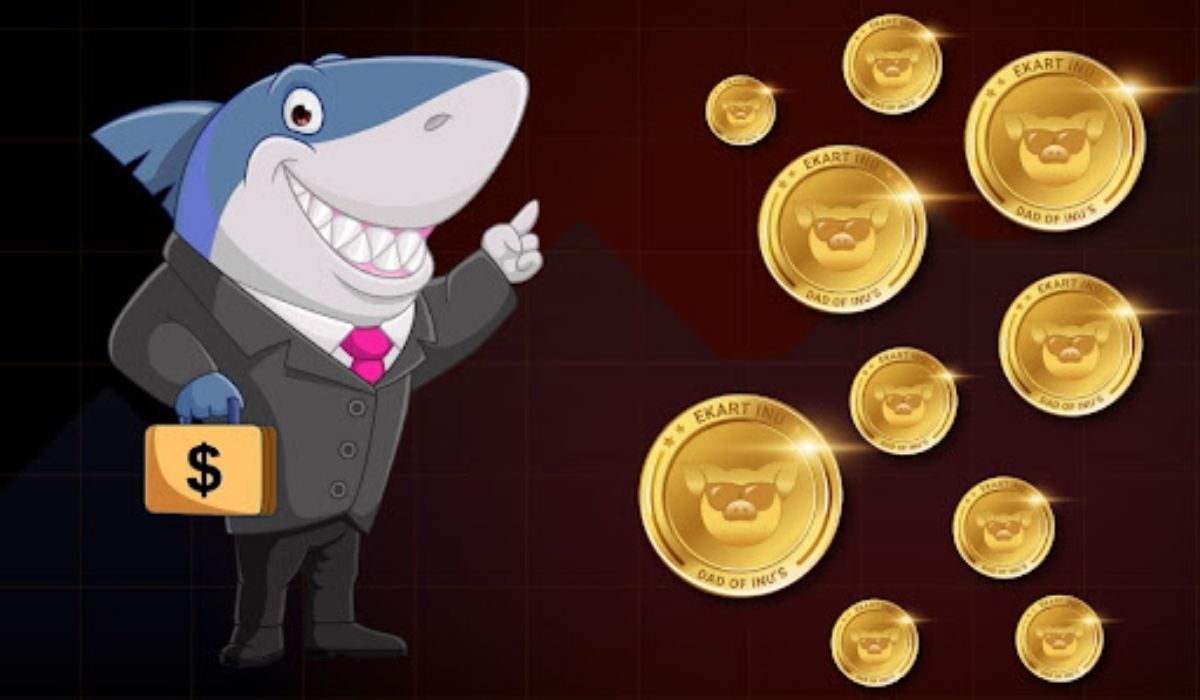 Crypto whales now own over 315 million worth of Ekart Inu and EAID tokens proving these meme coins continue to gain traction among users.

According to reports, over 31 crypto whales recently bought massive amounts of the EKARTINU tokens, proving their appeal in the token meme environment. The new development comes as the project holds its third pre-sale phase, which began on September 1, 2021.

Since its launch, the project has been on an upward trend partially due to the dominating bullish crypto trend in the market. During the second stage of its pre-sale, Ekart Inu prices increased ten times. Notably, this was a kind development for the cryptocurrency space to have a token to gain so much traction. Notably, nearly the same time, reports emerged claiming that over 100 accounts had bought about 100 million worth of EKARTINU tokens.

Currently, the total number of eKart Inu account holders as of September 22 stands at over 868k. Last month by August 25, the number was slightly above the 400k mark.

Ekart Inu has a total supply of 1 quadrillion EKARTINU tokens who which 83% have already been burned. Earlier, the project gave 2% of the tokens to Vitalik Buterin as part of the COVID relief fund. A 2% of the tokens have been allocated as airdrop, while 7% will be divided equally into four pre-sales.

Experts believe Ekart Inu is just getting started considering all the milestones it has made in the last weeks. Experts have gone so far as to call the project the ‘Father of all Inus’. Some experts predict that in the coming days, the token might see a price jump to over 100 times higher in the coming last pre-sale, recording the highest price jump of 2021. Once Ekart Inu has completed its pre-sale, it will be listed on Binance, Okex, Houbi, Bitforex, Coinsbit,  ProBit, IndoEx,  P2PB2B, XT.com, Azbit, and among other exchanges.

Ekart Inu is a meme coin created to revolutionize and change the meaning of online shopping. The project provides users with a marketplace designed to provide them with the freedom to shop using cryptocurrencies.