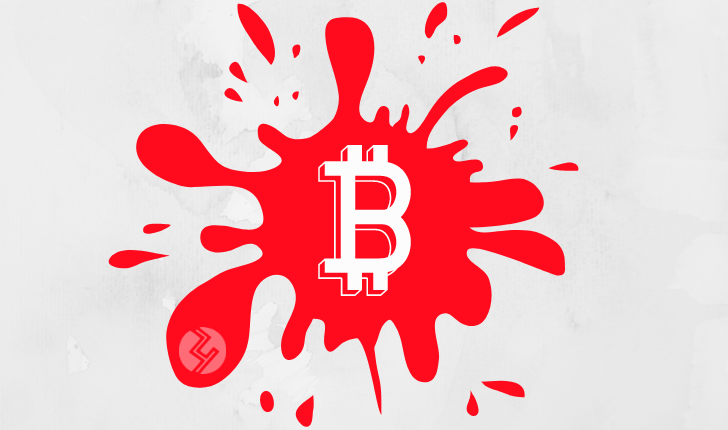 A character going by a twitter handle, Jason, has sent out a rather controversial tweet claiming that Bitcoin might be headed to the crypto grave. In his tweet, Jason said that the top crypto could soon be replaced by new technology, making the crypto lose value and possibly drop to $500 in price.

My position remains the same. #Bitcoin will likely be replaced by a new technology & it’s manipulated

It’s possible it’s built to last, but not probable, so keep your position to an amount you’re willing to loose

Built To Last Or Not?

He went on to opine that Bitcoin might not be built to last, but that’s not an absolute guarantee. However, Jason warned his followers to only keep around 1-5% of their wealth in Bitcoin and not invest what they’re not ready to lose.

Going in the comments, Jason said that although it’s possible that Bitcoin isn’t built to last, a change of market dynamics might alter that cause, most especially if the early holders end up unloading their bags on the new entrants. In this case, the early adopters will gain. He gave that possibility a 30% chance.

However, Jason seems to be more of a pessimist, giving a whole 70% chance to the possibilities ranging from energy consumption, better crypto version, regulation, and hacking. These are all factors that play against Bitcoin’s centralized nature.

Jason’s tweet didn’t quite elicit a positive response among many supporters who faulted him for overlooking other very important factors like network effect, decentralization, mass support, and scarcity.  Another user mentioned the Lightning Network and SegWit as some of the developments that have brought Bitcoin up to par with the rest.

A Bitcoin supporter, commenting on the thread, said that no other crypto has managed to match Bitcoin in its true intention. The user went on to argue that since no one can manipulate Bitcoin, especially because the creator is still anonymous. However, the dominance wielded by Bitcoin might get in its way because some greedy people may exploit it.