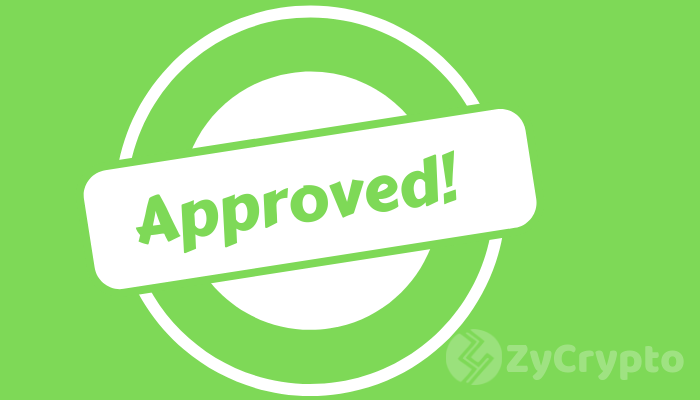 As the deadline for review of ETF applications draws near, a report has tipped that approval of an ETF is highly likely.
The report which is based on sources from CBOE said the outcome of a meeting between  US Securities and Exchange Commission (SEC) commissioner Elad Roisman and the CBOE, VanEck, and SolidX shows signs of a positive outcome for ETF proposals.
Abacus Journal which gave the report also said commissioner Roisman is one of the pro cryptocurrency regulators in the U.S, adding that a former commissioner who kicked against the idea of an ETF earlier will be replaced by Allison Lee, a development that is believed to increase the chances of an ETF approval.
The confidence according to Abacus Journal is because all the issues that hindered the ETF approval in the past have been resolved. Part of he conversation between Abacus and its CBOE sources went like this:
“[The VanEck ETF] checks every box, as I’ve said before, and I’d be shocked, SHOCKED, if it didn’t win approval. Now that approval will probably come with a bunch of dissenting language amongst the respective approving members – but it will still get approved. Not backing down in any way, in fact, I’d double down on it at the moment.”
The report also mentioned that issues such as investor protection have been resolved, stressing that its source is confident that VanEck ETF is the most likely to be approved. The conditions that make VanEck ETF approvable include:
““There now exists a significant regulated derivatives market for bitcoin, Relevant markets – Cboe, bitcoin futures, OTC desks – are regulated, Concerns around price manipulation have been mitigated, consistent with approval of prior commodity-based ETPs, Cboe’s rules are designed to surveil for potential manipulation of Trust shares and Promotes investor protection.”
Meanwhile the CEO of Pantera Capital Dan Morehead has said on two occasions that an ETF will not be approved anytime soon, and it is not likely in 2018.
Morehead mentioned this in August 2018 following Bitcoin price crash due to turned down ETF applications, saying investors were “overreacting” by selling off their assets. The second mention was during an Institutional Crypto conference in New York City on 15 October 2018.
Mr Morehead seems to be as sure of his words as Abacus Journal’s “sources” are. However, it is undeniable that an approval for a crypto ETF will go a long way in making the crypto market more vibrant as it seems many potential investors are only waiting for the approval before they invest.