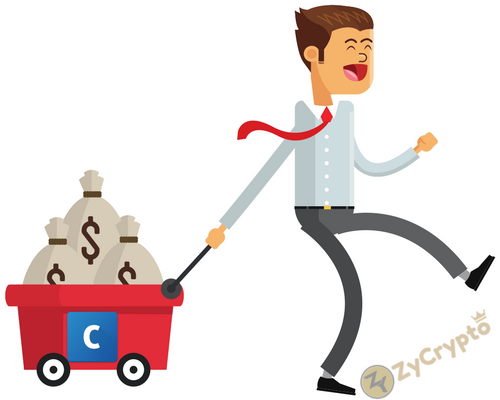 One of the biggest cryptocurrency exchanges, Coinbase which is valued at $1.6 billion is set to launch a venture fund program that will invest in companies changing the world of finance.
Coinbase will provide financing to promising companies at their early stages, who have the team and ideas that will move the cryptocurrency industry forward in a positive and more meaningful way.
Coinbase made a statement saying they were committed to creating an open financial system for the world. They also said they would NOT invest in security tokens for the main time.
In a blog post published by the head of corporate and business development at Coinbase, Emilie Choi, she made it clear that the fund’s goal was to strengthen the sector.

“At least, in the beginning, our goal is simply helping the most compelling companies in the space flourish,” she mentioned. “This means we don’t have the strategic requirement of formalizing partner relationships with such companies, as some corporate venture programs do. Our focus is on building strong relationships and helping spur the development of the ecosystem.”

It includes the company (Coinbase) investing in organizations that have potentials to compete with it, because “it’s in everyone’s interest to see the ecosystem innovate,” Emilie added. She also mentioned that the fund would keep an eye on those who have worked for Coinbase and “enthusiastically invest in ideas from our alumni network.”
It’s, therefore, safe to say Coinbase is jumping on the VC bandwagon since the company is likely to be seating on a ton of money. As reported by Recode, Coinbase’s revenue in 2017 alone was over a billion dollars.
To be certain, Coinbase is not the only cryptocurrency exchange that’s making so much money. Reports from Bloomberg said that the top largest cryptocurrency exchanges make over $3 million in trading fees on daily bases.
One benefit of helping other blockchain and cryptocurrency exchanges expand is lending more stability to the industry which is under critical observation by the U.S. Securities and Exchange Commission and considered risky to invest by lots of investors.
Coinbase, which started offering services for Wall Street firms way back in 2014 via its GDAX exchange has recently been aiming for additional institutional businesses in cryptocurrencies.
The company has also announced the launch of a product, Coinbase Custodian, which is a product for the cryptosphere which the firm is trying to scale to the “State Street of cryptocurrency.”
While Coinbase isn’t planning to add more cryptocurrencies on its exchange, investing in startups with lots of potentials may help Coinbase find promising tokens.