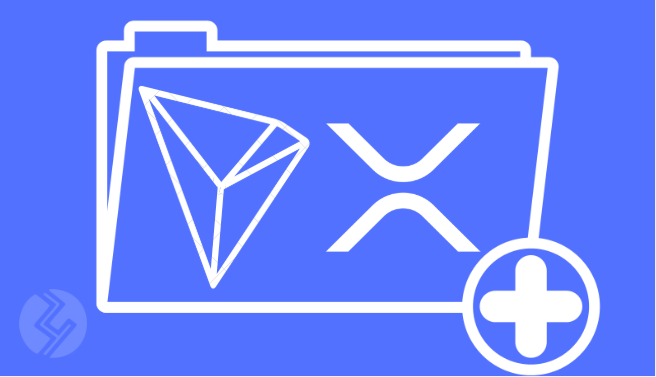 Coinbase, United States based giant cryptocurrency exchange once again affirmed its plan to list more cryptocurrencies on its platform. This was made known in a release that informed the crypto community of its Series E financing to accelerate the growth of cryptocurrency in the world on October 30.

Coinbase in a press release stated its plan to list more cryptocurrencies on its platform. The release did not detail the names of the digital currencies that would be listed.

However, many crypto enthusiasts speculated then that Ripple’s XRP would be a feature of the plan. The news and the prospect of Ripple getting listed as a factor among others for the sudden rise of the cryptocurrency during the period.

Once again, the cryptocurrency exchange has stated its plan to add hundreds of cryptocurrencies to its platform, speculatively should feature Ripple’s XRP and Tron TRN. This was made known in a release on its series E financing for accelerating cryptocurrency adoption.

The release noted that Coinbase had added “an additional $300 million of investment at a post-money valuation of over $8 billion to accelerate the adoption of cryptocurrencies and digital assets. The Series E equity round is led by Tiger Global Management, with participation from Y Combinator Continuity, Wellington Management, Andreessen Horowitz, Polychain and others.”

The financing was noted that it would be used to accelerate its global expansion, the listing of more digital currencies, and provide basic structure to attract institutions into investing in cryptocurrencies.

The two cryptocurrencies have seen growths of recent, with Ripple partnering many traditional financial institutional platforms, offering its blockchain platform for real-time settlement and Tron has seen the launch of its mainnet, which makes it a proper cryptocurrency.

About Coinbase and View On Cryptocurrency and Blockchain

Coinbase is a San Francisco, California based crypto exchange. The platform exchanges Bitcoin, Bitcoin Cash, Ethereum, Ethereum Classic and Litecoin with fiat currencies in about 32 countries.

The exchange believes that cryptocurrency and the blockchain technologies are a sign of a breakthrough in computer science that will change both the internet and the global financial system for the better. This is seen as the trailblazer for the next phase of the internet, considered as 3.0.