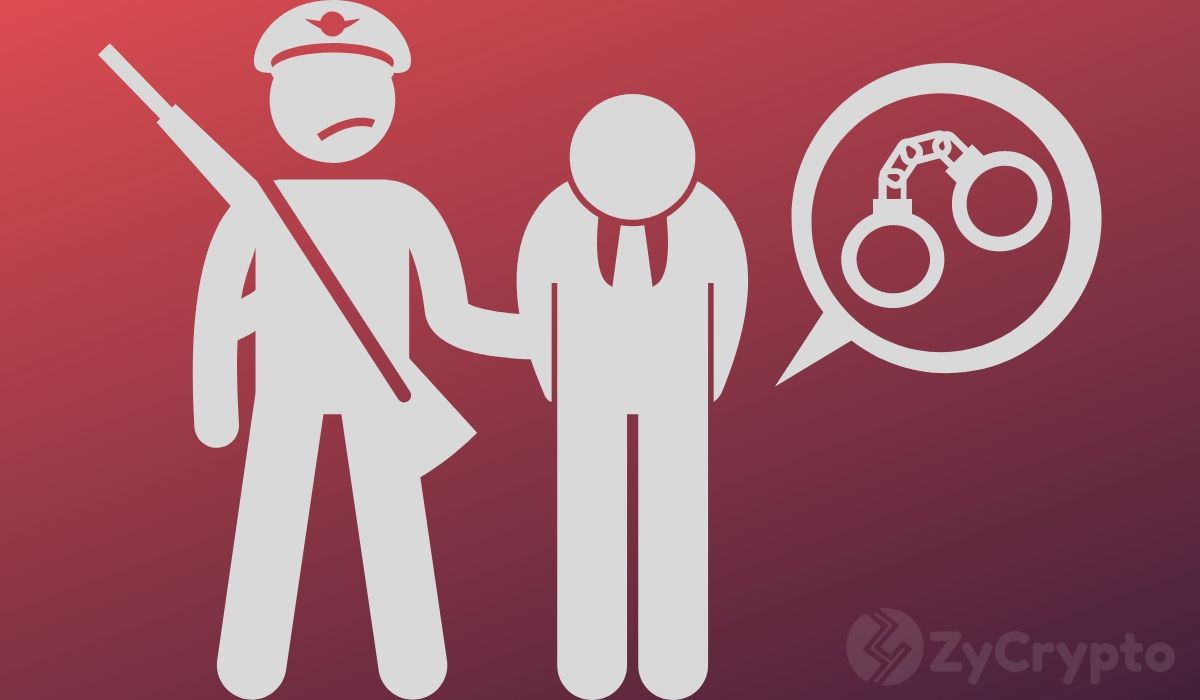 Russ Albert Medlin, the founder of the infamous Bitcoin Club Network has been arrested by the Jakarta police force. According to a Jakarta media outlet, Medlin who had previously been indicted by the United States department of justice over a $722 million Cryptocurrency scam was apprehended in South Jakarta on Monday, for engaging in sexual activities with underage girls.

Speaking to the media outlet was Chief Cmr. Yusri Yunus, a police representative who confirmed that Medlin has been in police custody since Monday revealed that the authorities have since been conversing with the Federal Bureau of Investigation (FBI) while awaiting an “extradition request from the American Embassy”.

Yunus noted that the police had become suspicious of Medlin’s residence when they were notified that minors between the ages of 15 to 17 frequently visited the 46-year old American. When questioned by the police, the girls admitted to having been paid Rp 2 million ($142) by Medlin to have engaged in sexual acts with him while being videotaped and photographed.

The police then proceeded to incept surveillance cameras in his apartment on Sunday, which later showed three teenage girls exiting his apartment. Medlin has previously been found guilty of sexual abuse in the United States for filming him molesting a 14 year old and was sent to jail in both 2006 and 2008 by a District Court in Nevada.

While Jakarta’s director of police Chief Cmr. Roma Hutajulu couldn’t confirm how long Medlin had been in Indonesia, he confirmed that the fugitive owned a tourist passport and must have managed to escape immigration despite being listed on Interpol’s red notice.

According to the country’s 2014 Law on Children Protection, persuading minors into sexual activities is an offence warranting a sentence of 15 years in prison. However, it is possible that Medlin may be sentenced in the United States as both Indonesia and the US are known to have a history of swapping fugitives.

The BitcoinClub network which ran from 2014 to 2019 disguised itself as a Bitcoin mining platform, on which investors were made to invest, refer, or sponsor new members in order to receive revenue returns which never came even after block rewards were realised by the firm. And even when participating users requested for their earnings, they were slammed with exorbitant fee charges.

Initially, the “mining network” posed as an anonymous team of geeks and developers promising investors transparency and decentralization. After a series of research, the network was traced back to Medlin who had been a co-founder. In 2019, the United States attorney’s office in New Jersey confirmed that 5 others have been charged for the $722 million raised from the Ponzi Scheme.

Cryptocurrency scams have been a serious problem plaguing the Cryptocurrency community, coupled with the fact that many countries have already implemented strict regulatory policies and bans against digital currencies.

A report by crypto intelligence firm CipherTrace revealed that the first five months of 2020 saw a total of $1.36 billion in Cryptocurrency thefts, thereby suggesting that the rest of the year could experience a heightened wave of Cryptocurrency scams that could very easily surpass the $4.5 billion lost to Cryptocurrency frauds in 2019.

The reports noted that the pandemic played a role in the intensification of fraudulent activities in the Crypto-space, with COVID-19 related phishing scams topping the dark web.