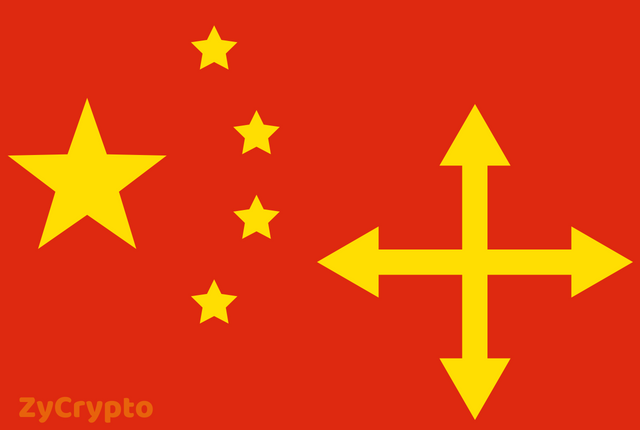 Recently, a news was published from an agency of the Chinese government on the ratings of some cryptocurrencies and tokens, where Eos which is also known as Chinese ethereum came out as the top in rating when compared to others in the crypto market.
Also, few days ago, a publication was made on how police authorities in three provinces in China were able to carry out a thorough investigation for six months, when someone complained to one of the police department in one of the provinces in Mar that his cryptocurrency wallet was accessed and his cryptocurrency worth millions of dollars was stolen.
The suspects were already in custody after other funds that could have been traced to other victims were found on them. They would soon be charged to court. Also, there has been a major shake around the world on how things could be achieved easily as a result of the impact that blockchain technology is offering to businesses and government agencies.
That has made the Chinese government to be the government with the highest number of registered blockchain patents with the world body associated with the protection of patents and people’s ideas and works.
Furthermore, Chinese government has helped in ensuring that all scam initial coin offerings programs that had ever scammed the participants were traced and the funds of the investors returned to them provided it was carried out within China.
That has shown that their government is standing against fraud and corruption. Moreover, the Chinese government should be praised as a government who is not just concerned about the development of blockchain technology for its agencies but had also made available huge sum of about $3 billion for new startups that has an idea to embark in blockchain technology projects to succeed.
However, a comment made by the national television network in China shows that it is out to see that blockchain technology succeeds when it was said that it could be 12 times more impactful than the successes recorded by the internet revolution.
All this giant strides that the Chinese government had made could be rubbished by it’s recent stance that offices and hostels should not allow blockchain technology and crypto related activities to be held in them. We do hope that this could not be seen as government opposing itself by itself.