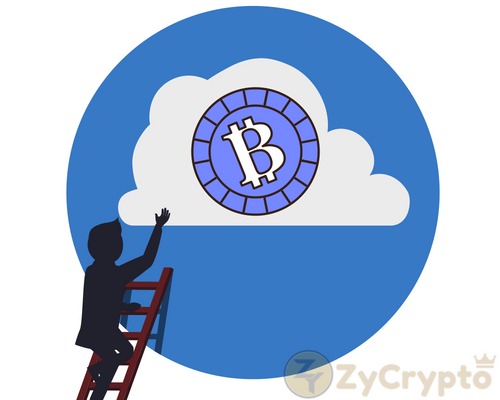 Bitcoin Cash (BCH) is up 6% in the last month, outperforming most coins on the market including industry leaders like Bitcoin and Ripple.
Financial expert and “crypto televangelist” brian kelly appeared on CNBC’s Fast Money, calling Bitcoin Cash the “must own coin of the moment.”  Only a month ago Bitcoin Cash sat at $763. It is now over $1200, and Kelly sees the bullish climb lasting a while longer.
Last week’s crypto conference “Consensus 2018” which was held in Manhattan, the heart of New York City and the financial world, was expected to give the crypto market a boost but was a dud in terms of gains.
Bitcoin took a 5% hit during the week, and most altcoins followed suit. Bitcoin Cash however, surged during the conference and looks to keep its bull run going with this news of further developing the coin.
As to the reason why Bitcoin Cash will continue its climb in price, Kelly says that Bitcoin Cash miners recently met up to discuss raising money to start a Bitcoin Cash development fund.  He explained on the CNBC airwaves that the miners are

going to take some of the rewards they get from mining and put it in a fund to build stuff on top of bitcoin cash.

This is exciting news for Bitcoin Cash holders and crypto enthusiasts who just want to see the technology bloom.  Kelly claims that this is “how blockchains gain value,” and that soon we will see the Bitcoin fork “getting more use cases to the extent that usefulness translates into value. That could be a positive for bitcoin cash.”
Focusing on the development of the technology rather than the quick turnaround of money will lead to cryptocurrency and blockchain applications that fit into and eventually become ingrained into society and emerge as a preferred way to pay for things and make peer to peer transactions.
It can also help to take people’s focus away from Lamborghini’s and the get rich quick mentality and redirect that curiosity and attention to the potential real life uses cases that could make our daily dealings faster and more efficient.
If this attempt to pool money together to tackle real world uses cases by the BCH mining community works, we may see other coins taking the same strategy.  The potential shift towards development rather than simply compiling coins also demonstrates the power of decentralization.
A community can decide to develop the technology to make a currency better and more useful and efficient for its base of users.