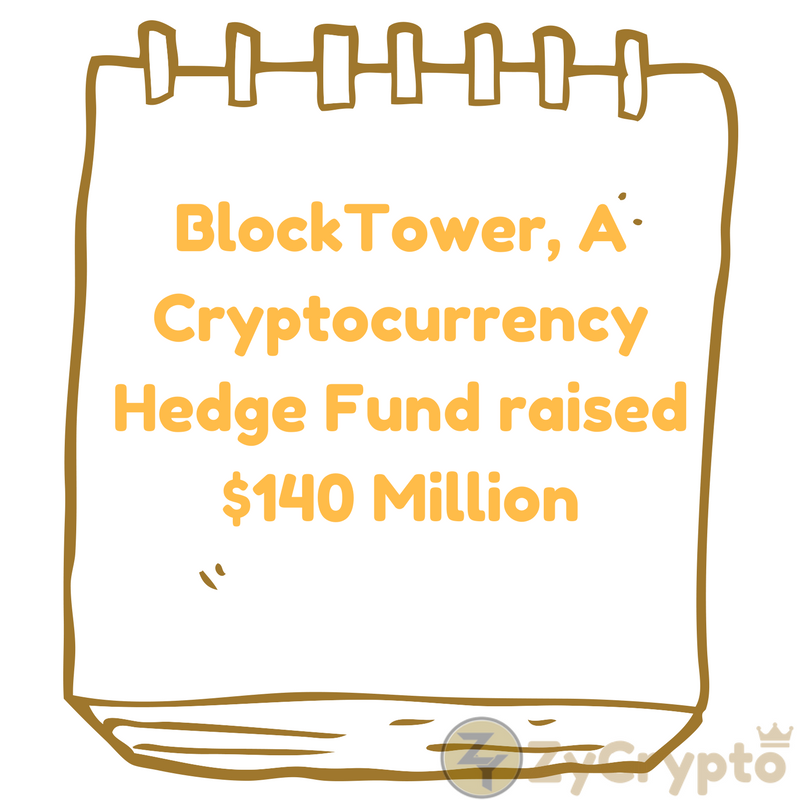 BlockTower Capital is a digital currency hedge fund based in Stamford, Connecticut has raised USD 140 Million from family officer, and venture capitals. BlockTower is co-founded by Chief Executive Officer, Matthew Goetz, a former engineer who was in investment management at Goldman Sachs for 11 years, and Chief Investment Officer, Ari Paul, a portfolio manager who was at the helm of risk of University of Chicago’s endowment investment office and Susquehanna International Group Trader.
Paul had once tweeted on the then anonymous $1 million bet on Ledger X (an exchange for cryptocurrency options) that bitcoin would trade above $50,000 by December 2018 that

The hedge fund, launched in August has hired Michael Bucella, a former vice president at Goldman Sachs Group Inc., as head of strategic partnerships and business development, and has expanded its team to eight people. BlockTower counts Union Square Ventures LLC and Andreessen Horowitz (known for his investments in Boxee, Coinbase, Disqus, DuckDuckGo and Zynga amongst others) as its investors.
The cryptocurrency market has witnessed a surge in interest which is hugely driven by the significant appreciation in the value of Bitcoin – the high of about USD 18, 674 in 2017 offers a stark contrast to Bitcoin’s value of less than USD 1000 in 2016 end.
Although the institutional investors are speculating in cryptocurrencies, there is widespread concerns over regulatory uncertainties and valuations. However, BlockTower isn’t alone, as there are over 100 crypto-focused funds with USD 2 billion assets.
A Dec 2017 Morgan Stanley report states that the numbers of such hedge funds are expected to grow. An index launched by Hedge Fund Research tracks funds investing in blockchain and cryptocurrencies has witnessed a rise of 1500% through November, and is an indicator of the impact that crypto markets can have on the traditional financial markets.