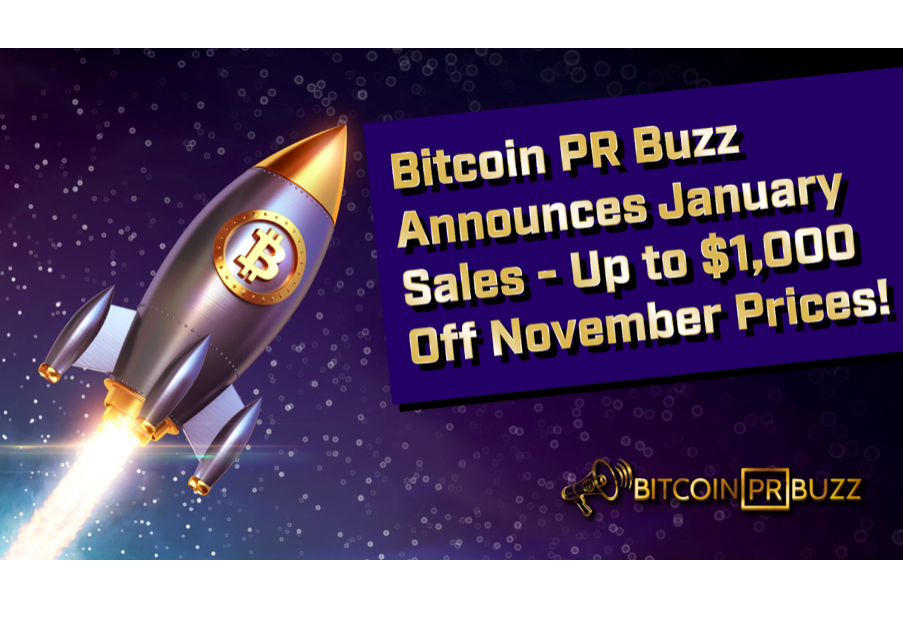 Bitcoin PR Buzz, the world’s first Blockchain PR Agency, has announced the reduction in its services by up to $200 throughout January 2019.

The gesture is aimed at appreciating loyal customers while hoping for a productive year in 2019.

Bitcoin PR Buzz is offering its customers a January to remember, as the PR agency is now offering up to $200 off all PR packages, during the first month of the year.

The PR agency which is arguably the biggest in the industry is equipped with over 600 clients, five years of PR experience and a professional working relationship with the top names in the cryptocurrency industry.

Bitcoin PR Buzz is also breaking new grounds, as the PR agency is now able to secure featured articles and interviews on a range of top-tier mainstream news sites, that were established by highly experienced journalists in the industry.

Bitcoin PR Buzz reduced the package prices by up to $800 and added 200 new sites including Yahoo finance in 2018. To usher in 2019, Bitcoin PR Buzz is giving clients a further discount in their services, the 5% discount will cover all packages and services, which can be paid for in Litecoin, Ethereum, and Bitcoin.

Three Cryptos to Keep tabs on: Solana, Cardano, and MetaMortals