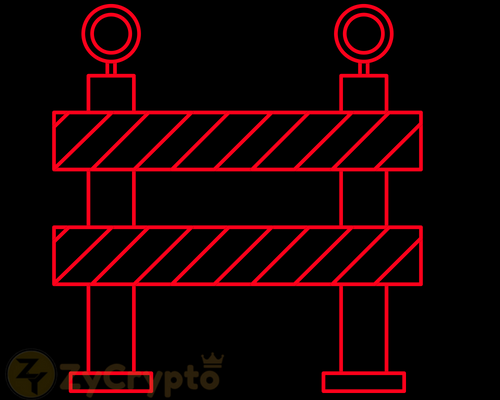 Citing certain issues in relation to the banking service, BitOasis has suspended trading in UAE Dirham/BTC. BitOasis is a Dubai-based exchange.
A communication to the effect had been forwarded to the users yesterday. The communication clarifies that starting Tuesday, the withdrawal of dirhams from the exchange would not be facilitated. This had left only a window of a day for shifting the balances elsewhere or to add more to it.
However, a facility to make credit card deposits are arranged till June 26. However, it could be done only at a discounted fee of four percent. BitOasis clarifies the issues would only be affecting the issuing bank of the exchanges and further ensure that normal trading of cryptocurrencies ETH, LTC, XRP, BTC, XMR, ZEC and BCH will continue to function as normal. The private wallet withdrawals of the currency would not be hampered as well.
The Communication from BitOasis is quoted by Arabian Business as:

“If you decide to leave your fiat balances the only way for you to withdraw your funds at any time after May 15th would be to convert it to cryptocurrency and send it to an external wallet…If you choose to keep your AED fiat balances after May 15th, currently we do not have any date on when we will be reactivating AED fiat withdrawals, but we are hard at work to provide our customers with this service.”

Even though BitOasis has ensured the reactivation date would be sooner, but no defined time period for the reactivation of dirham withdrawals and deposits by wire transfer is set out by the exchange currently.
This suspension of accounts is not new for the exchanges. In 2007, the exchange with branches in Saudi Arabia, Kuwait and UAE, has halted transfer to and from Noor Bank, Mashreq bank s and Emirates NBD accounts. For a brief period, Gulf News has reported about the delay in withdrawals, and suspension of new verification. The report concludes it be due to the regulatory pressure from within the UAE at the period.
BitOasis was founded in 2014 by the Entrepreneur Ola Dudin, who is from Jordan. It’s a hybrid wallet/exchange. Though it had been active ever since, Zcash was only listed on April 23, 2018.
However, the company is yet to update the blog on the new constraints. Amid growing concerns from the users regarding the move, many of them had resorted to twitter to vent their complaints. Many queries on the time period of the restriction or whether the window for withdrawal has ceased has been flooding to their twitter.