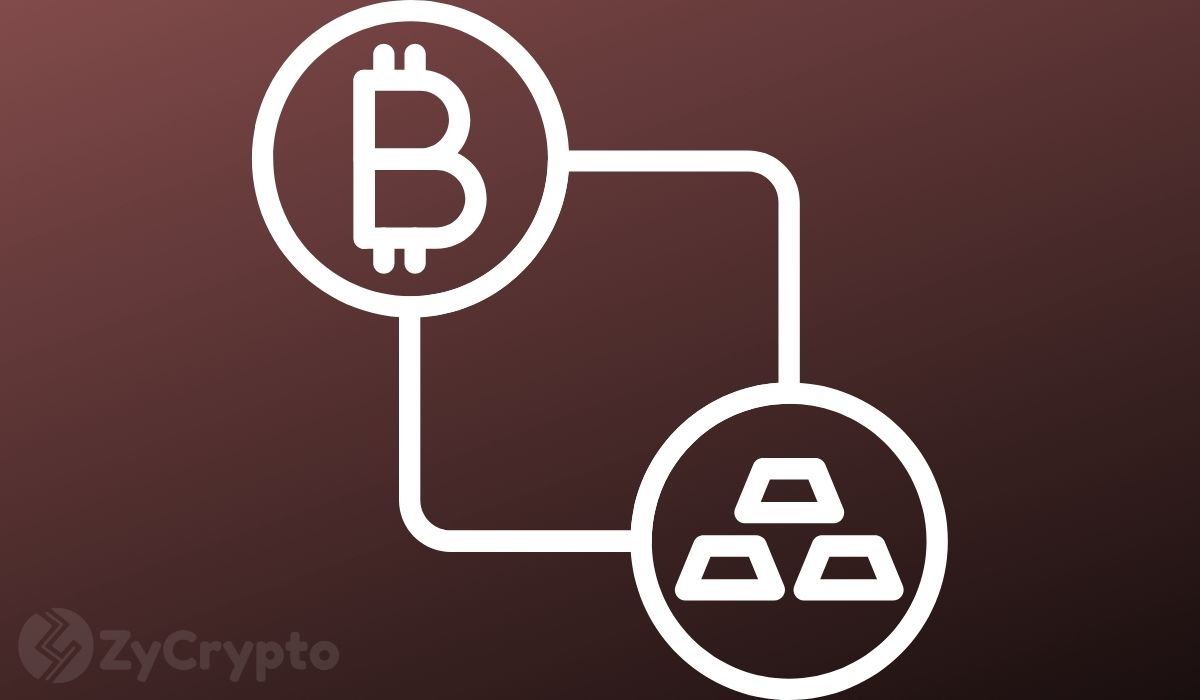 Gold-exchange traded funds (ETFs) have been on a downward spiral for the better part of this year, with all the best-performing ones losing by up to 6% in annual return on investment. Gold ETFs have lost over $40.8 billion worth of investment this year in what seems like a loss of interest in gold to cryptocurrency as the best hedge against inflation.

Reports show that majority of gold ETF investors have been panic selling in fear of inflation and high-interest rates and re-investing the money into Bitcoin and crypto-related products like the recently launched ProShares Bitcoin ETF. This has contributed to the rise in ROI from Bitcoin, which is up by over 200%, and the price reached $67,000 on Wednesday.

Currently, one Bitcoin is equivalent to 36 ounces of bullion. JPMorgan said last week that investors were preferring Bitcoin to gold to hedge against current inflation.

In September alone, gold-backed ETFs registered net outflows of $830 million according to data published by gold.org. The majority of these outflows were experienced in North America and Europe although they were offset by inflows of $135 million in Asia. Additionally, the total global gold ETF holdings fell to $201 billion during the same month.

In contrast, CoinShares data showed that inflows into Bitcoin-related products were increasing world-over this year. Last week, an inflow of $69.6 million into Bitcoin-related products propelled the total assets under management by institutional investors to a record $72.32 Billion in Bitcoin. Although crypto has recorded huge inflows consistently in the last few months, most of these inflows came in as people awaited approval of the first Bitcoin ETF in the United States.

“The recent decision by the SEC to allow a futures-based ETF in the United States could prompt further significant inflows in the coming weeks, as US investors begin to add positions,” CoinShares said.

When the ProShares ETF launched on Tuesday, it garnered over $1 billion in just 24 hours, expressing huge excitement to it and signaling massive inflows of funds into crypto-tagged funds. Experts project that it could attract more than $50 billion of assets under management over time.

Even crypto spot markets have been more than impressive this year, now at a total market capitalization of $2.63 trillion.

When it comes to investing in a gold ETF, experts view those managing over $200 million of assets in total as better in surviving market manipulation. Individually, the SPDR Gold Shares EFT, which manages over $56 billion of assets, iShares Gold Trust, and SPDR Gold MiniShares Trust are all down by 6% YTD according to ETFDB data. ProShares Ultra Gold, which is ranked position 9 in terms of total asset managed ($222.4 million), is down 15% YTD.

According to the report from gold.org, U.K–based gold ETFs lost a total of $640 million while US-based ones lost $349 million. In both cases, the situations were worsened by policy tightening including through the pandemic emergency purchase program announced by the European Federal Reserve and the rising interest rates in the United States, the report said.

Not surprising that these factors have favored cryptocurrency markets against gold in the two regions.