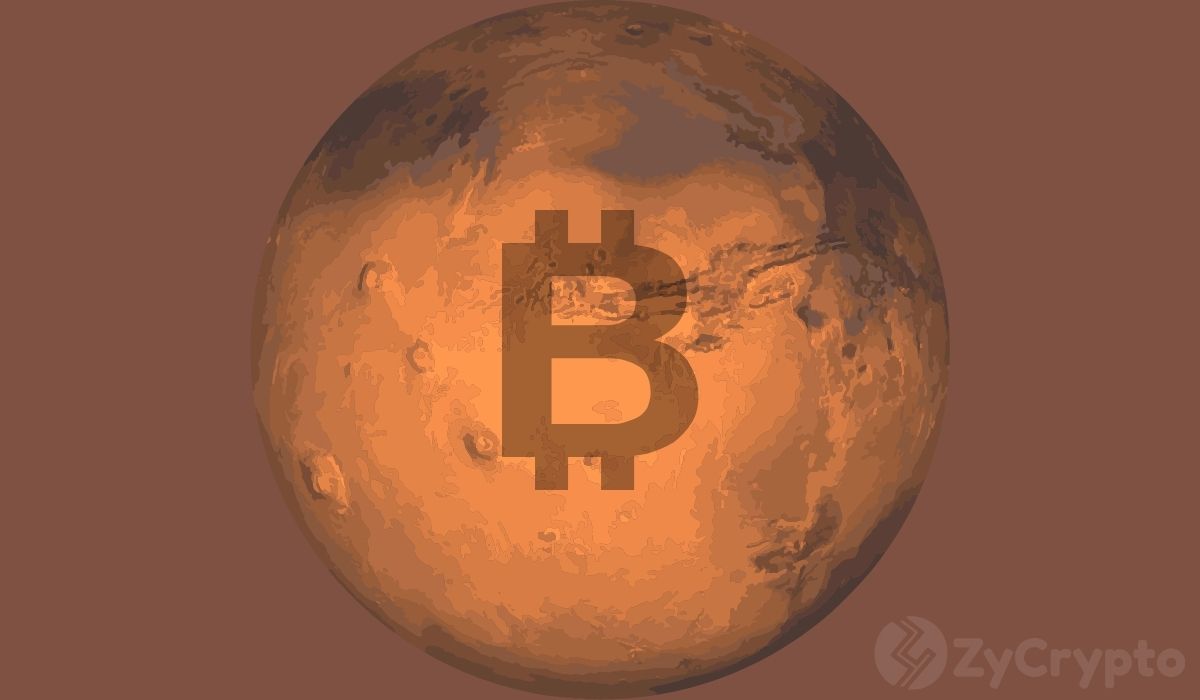 The crypto community has responded with endless possibilities of what a move to hold some Tesla shares in Bitcoin would do to Bitcoin’s price, barely 48 hours after Elon Musk expressed significant interest in carrying out large transactions on bitcoin’s network.

According to Gemini’s crypto brokerage Co-founder Tyler Winklevoss, If Elon Musk decided to institutionally invest in Bitcoin through Tesla, Bitcoin’s price would shoot past the moon to Mars.

“When @elonmusk puts $TLSA balance sheet into #Bitcoin, we’ll have to change the BTC rallying cry from “to the moon” to “to Mars!”

The exciting exchange on Twitter started with Elon Musk’s meme about how hard it has become to ignore Bitcoin especially amid the ongoing parabolic rally that has seen Bitcoin hit an ATH of $24,000.

In response to the tweet, MicroStrategy’s CEO Michael Saylor suggested how Elon Musk should invest in bitcoin to reap huge profits of up to $100 billion and later $1 trillion for Tesla shareholders.

“If you want to do your shareholders a $100 billion favor, convert the $TSLA balance sheet from USD to #BTC. Other firms on the S&P 500 would follow your lead and in time it would grow to become $1 trillion favor.”

Elon Musk replied asking whether such a large transaction is possible, to which Michael Saylor guaranteed, using MicroStrategy’s short history of BTC purchases, which have now totaled over $1 billion.

“I have purchased over $1.3 billion in BTC in past months and would be happy to share my playbook with you offline- from one rocket scientist to another.”

Saylor’s response also reflected back to MicroStrategy’s new status as one of the biggest companies in the world to invest huge amounts of money in Bitcoin in 2020.

Elon vs Bitcoin and Dogecoin

Other responses from the cryptoverse including Binance CEO, CZ, and BlockFi showed support for Elon’s bitcoin purchase. As the world’s largest crypto exchange by liquidity, Binance expressed interest in working with Elon Musk.

The Tesla and SpaceX CEO recently surpassed Microsoft founder Bill Gates to become the second-wealthiest man in the world. His network worth jumped from $7.3 billion to $128 billion after Tesla shares soared, following a listing by S&P 500 index. He is also known for occasionally mentioning bitcoin and actively shilling Dogecoin.