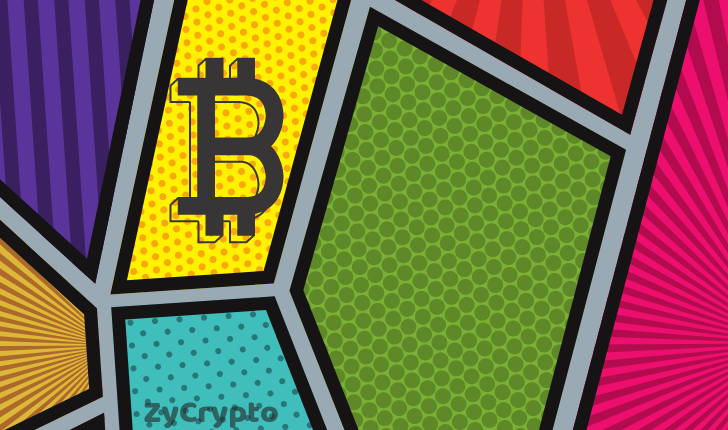 Artists are beginning to embrace cryptocurrency and help to popularize it surprisingly at a time when the cryptocurrency market is experiencing probably the longest downturn ever.
The latest such development is the upcoming exhibition in France to mark the 10th year anniversary of a group of French artists.
The event which will hold between 28 September and 5 October will bring together artists who are keen on cryptocurrency and how it will impact the world of art, finance officials all over the world and people from all walks of life are encouraged to attend the cryptocurrency event.
The artists participating in the exhibition include Andy Bauch, Coin Artist, Nanu Berks, Saint Phall Yom, Illies Issiakhem, Josephine Bellini, Yosh, Mark Bern, Choq and any other artist who may be reading this piece.
Pascal Boyart the organizing artist said:

“We had the idea to organise an exhibition in Paris to show possible use cases of cryptocurrencies and connect the international crypto-friendly artists.”

Boyart believes France could become the world’s headquarters of artists who believe in cryptocurrency and try to explore how art can work with cryptocurrency. He also expressed optimism that cryptocurrency will have a positive impact on art and every aspect of humanity.
“The advent of cryptocurrencies is not just a monetary revolution, it’s also a cultural revolution.” He added.
Attendees at the exhibition will buy the pieces of art using cryptocurrency as the arts have QR codes to be used for payment. This is in a bid to encourage the use of cryptocurrency. Payment can be made using any of Bitcoin, Litecoin, Ether and Monero.
The arts also have embedded Bitcoin private keys to bitcoin prize that are to be won by those who can figure out the correct keys from the displayed art.
Earlier this year, artists in Slovenia made a giant statue of a Bitcoin logo in the centre of Kranj City, one of the largest cities in the country. It is the first statue of its kind in the history of art, which is not surprising considering that the city has an affinity for cryptocurrency ahead of many other Europeans.
Another LA based artist, Lincoln Townley had held an exhibition of his art as well in which buyers were only allowed to pay with cryptocurrency.
Art is one of the most patronized industry especially by the rich and the growing love for cryptocurrency by artists around the world might just open the door for cryptocurrency adoption by those who would not do so otherwise.