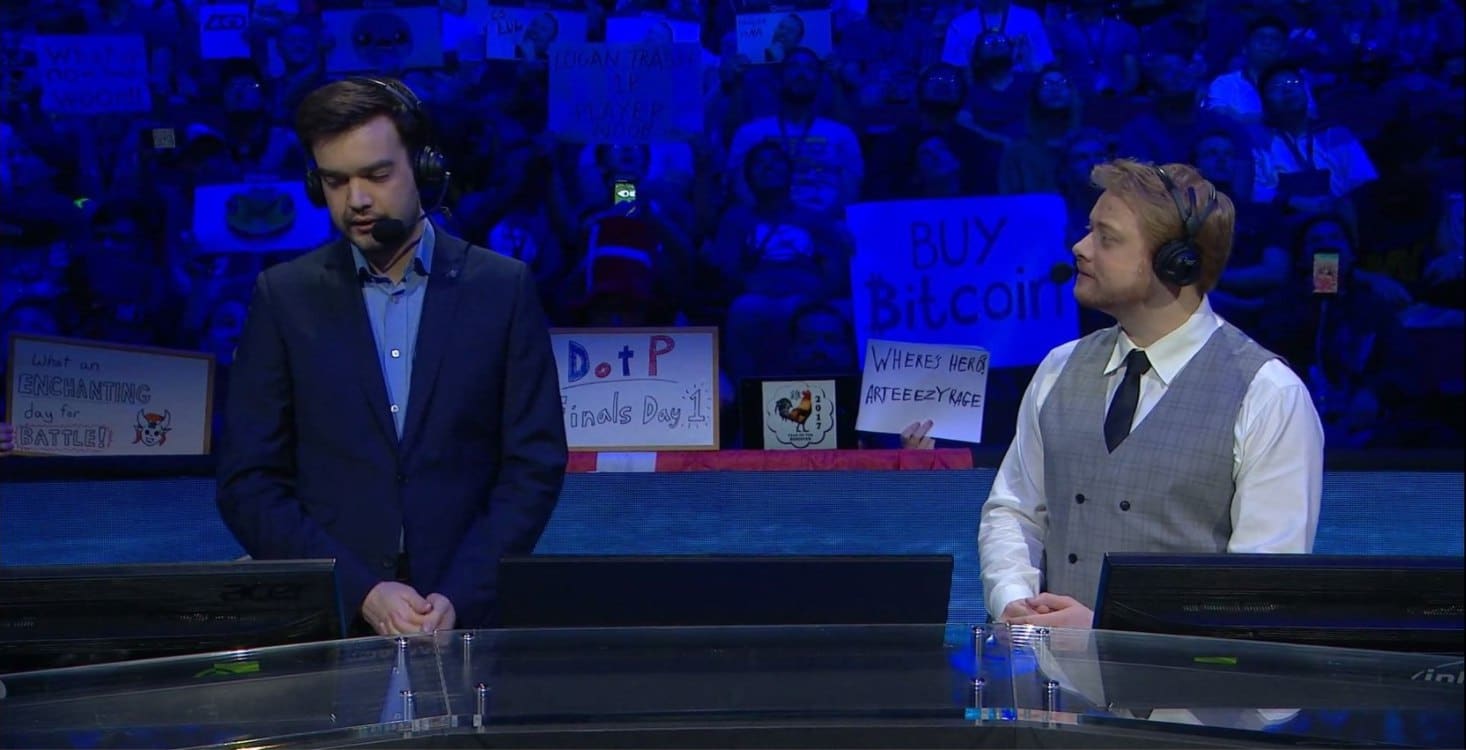 The buy bitcoin sign was brought up again at the Dota 2 global Tournament, the sign was raised by a member in the crowd amid declarations of the broadcast occasion. Bitcoin has become a household name with its value increasing rapidly.

As bitcoin constantly gains ground and trust, people have been constantly hyping the cryptocurrency thereby giving it more awareness.
Recall previously that this similar character has been displayed previously at the Janet Yellen’s congressional preparation. 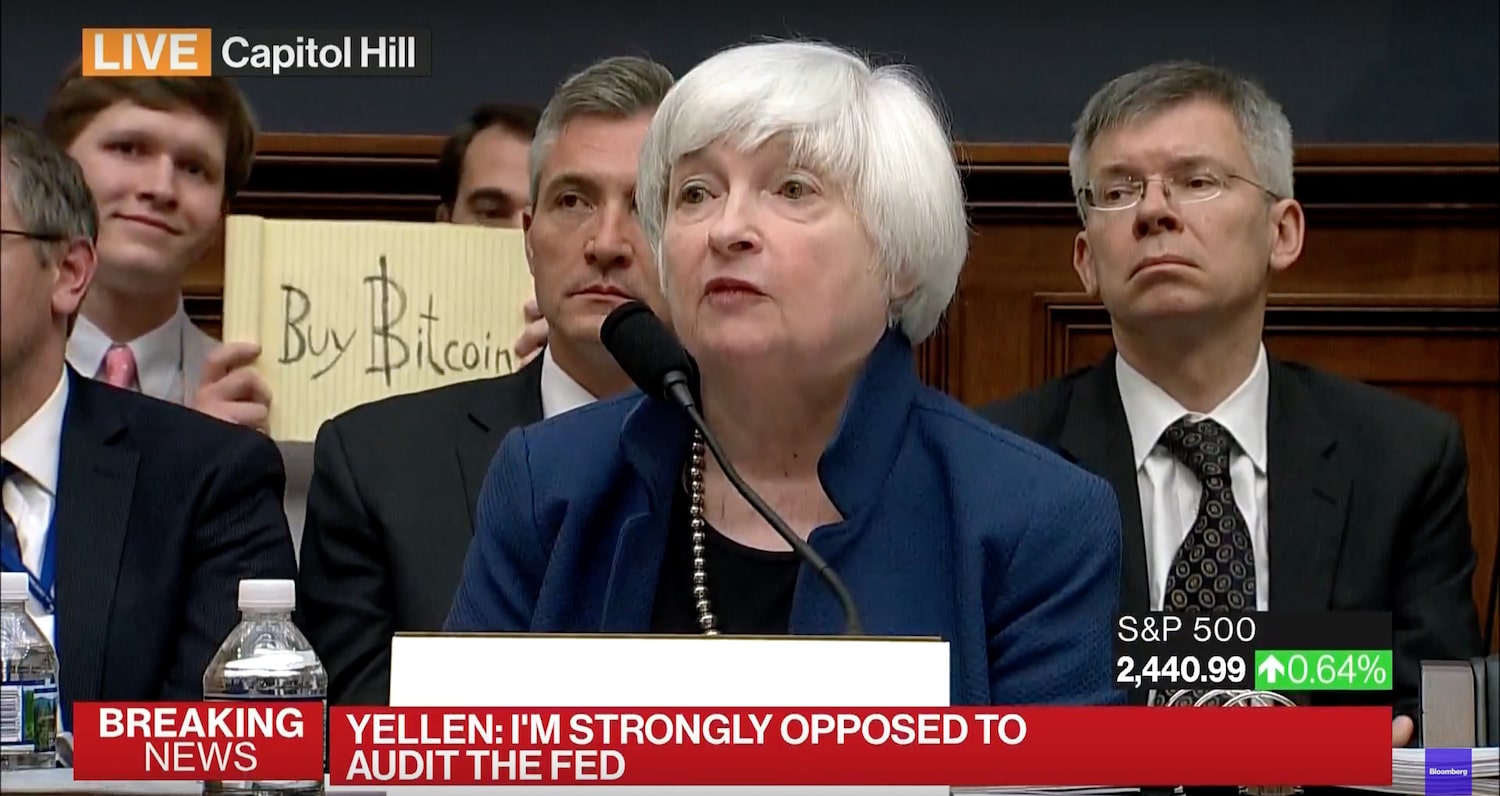 Where a user raised the buy bitcoin sign at the briefing and created a wild excitement by bitcoin lovers and he got a donation of up to $16,000 to his bitcoin wallet by lovers of the cryptocurrency. 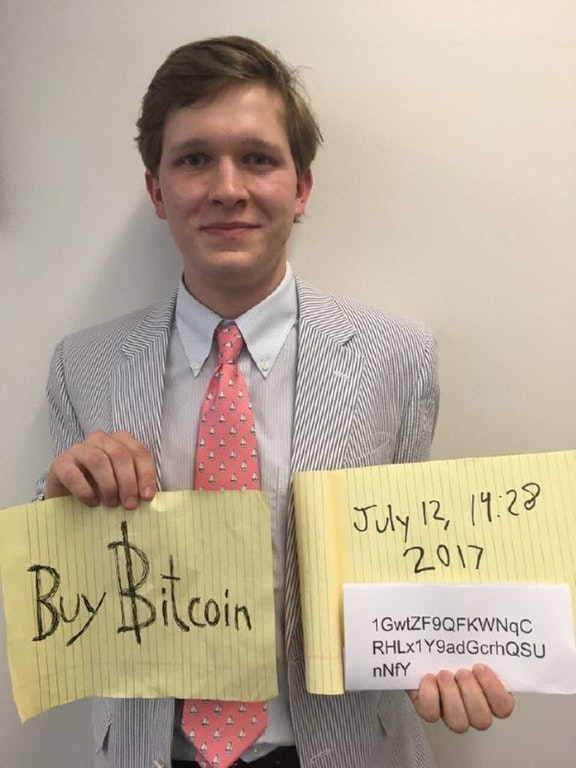 DOTA has not yet made any statement yet about this, but DOTA  is currently also in the support of the bitcoin movement as players can also challenge in their games with bitcoin and also use bitcoin as a payment option for services in the platform.