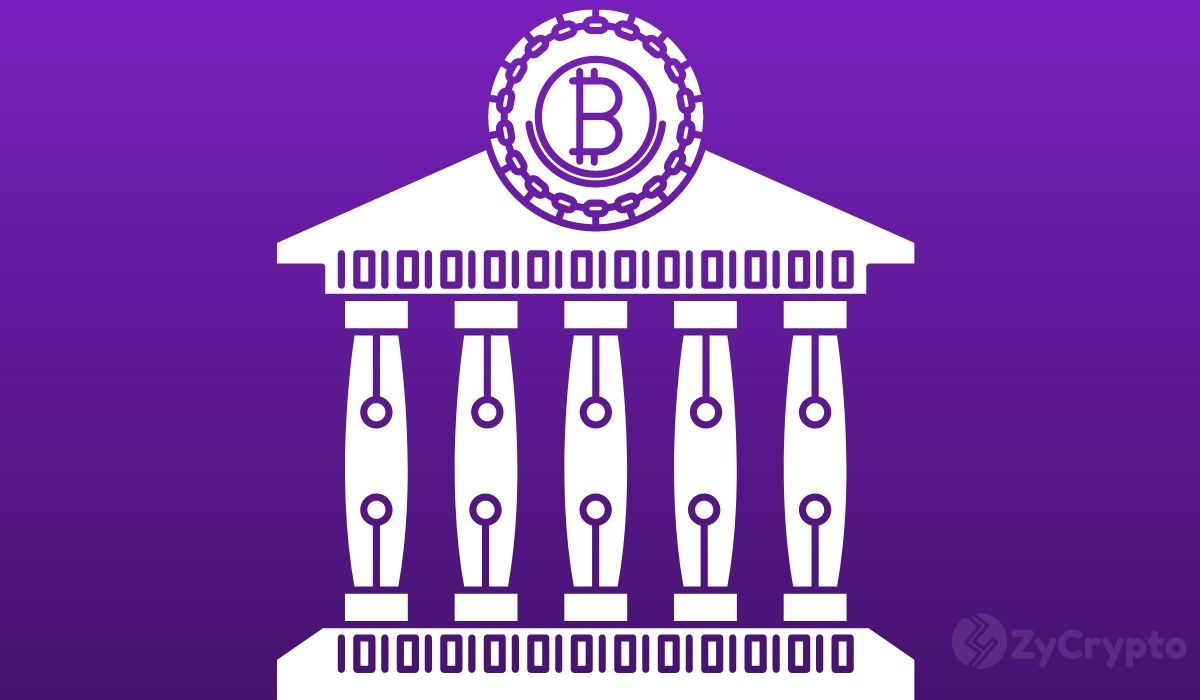 Bitcoin enthusiasts have long predicted the legacy finance system eventual foray into crypto. Wall Street jumping into bitcoin in droves is still yet to be seen, but some recent actions suggest the cryptocurrency industry is sure headed in the right direction.

Just days ago, the Office of the Comptroller of the Currency (OCC) announced that banks in the United States can provide cryptocurrency custody services to their clients. Now following this decision, a crypto analyst has found an aggregate 1% bank allocation to bitcoin can send bitcoin to its former peak of $20,000.

Each bitcoin can be worth $20,000 — up from $9,560 currently — if the nationally chartered banks in the US allocate just 1% of their assets to bitcoin as a hedge, insurance, or investment. Digital asset manager at Capriole Charles Edwards pointed this out in a tweet on July 23, while referencing a chart from the Federal Reserve which shows the growing asset balances of US banks.

The bitcoin price more than doubling is, of course, a hypothetical case. Edwards, however, notes that Grayscale Investments already holds 2% of the entire bitcoin supply. As such, “it’s not hard to see where this is going.”

The dovish policies implemented by governments in the light of the pandemic, as well as bitcoin’s unstoppable growth, have prompted institutional investors to take a bullish stance on bitcoin.

As ZyCrypto reported earlier, this year Grayscale has been accumulating more BTC than miners can produce on behalf of its clients. In other words, institutional investors are buying vast amounts of bitcoin.

Moreover, the crypto community was set ablaze earlier this year by reports that legendary investor Paul Tudor Jones would be investing part of his wealth into bitcoin to hedge against the inflation caused by the central bank’s stimulus measures.

Truly, bitcoin revisiting its current all-time high seems like a pie in the sky at the moment, given bitcoin has repeatedly failed to break through the ever so elusive $10,000 mark for the past six months or so. That said, Edward’s analysis provides a picture of the potential outcome should the banks in the United States add bitcoin to their assets.

Bitcoin’s market cap is currently hovering at $176 billion. It’s quite promising knowing that even a 1% allocation by banks would be enough to trigger a face-melting bitcoin rally.

Over a billion people will store wealth in Bitcoin by 2026, says MicroStrategy’s Saylor