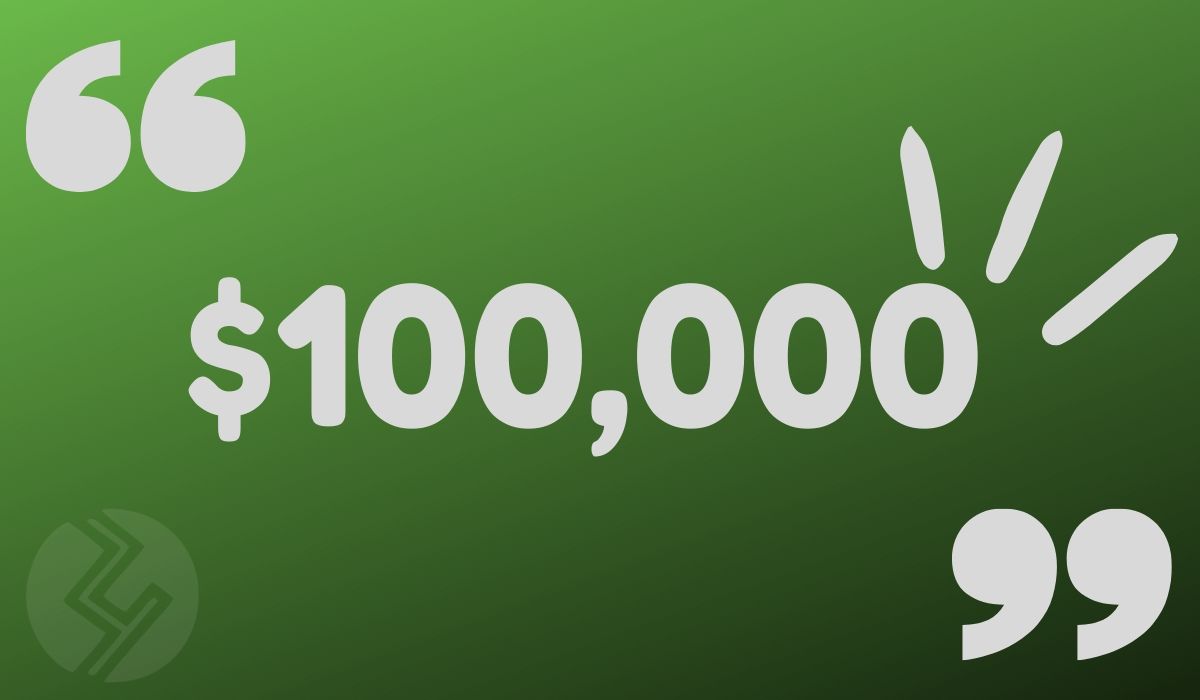 In a recent and quite controversial tweet, Zac Prince, the founder of BlockFi has stated that one of the ‘smartest institutional market participants he knows told him that he is more confident than ever that BTC is going to reach $100,000.

When asked which company adduced that, Prince replied that it’s the ‘top 5 global market-making and prop trading firm’ and that he runs multiple business lines but didn’t reveal anything else.

There are plenty of analysts and crypto enthusiasts that have predicted Bitcoin will reach $100,000 and even $1 million but what is the likelihood of Bitcoin actually hitting those levels? Is it even possible?

Other companies have hit the $1 trillion mark several times in the past and one called Saudi Aramco even hit $2 trillion market cap the second day of trading.

A $2 trillion market cap for an international currency is definitely not a lot, in fact, it’s probably still low if the whole world actually adopts Bitcoin but this is also unlikely.

So far, Bitcoin is more like a safe-haven or asset than a currency and its adoption in terms of being used as a currency is not necessarily that great. The main problem is the lack of speed and volatility.

Other Factors That Might Help Bitcoin In The Future

One of the main features of Bitcoin and decentralized cryptocurrencies is their deflationary status. Unlike U.S. Dollars or fiat currencies in general, cryptos have a fixed supply and there is no way to ever create more. Governments around the world have been printing money for the past weeks amid the Coronavirus pandemic.

Although these measures were introduced to help the economy in the short-term, they can have detrimental effects on the long term and people know it. It is one of the main reasons why Bitcoin’s demand continues to increase even during times of crisis.

The upcoming Bitcoin Halving is also another reminder of Bitcoin’s deflationary power and how scarcity plays an important factor in the value of an asset.