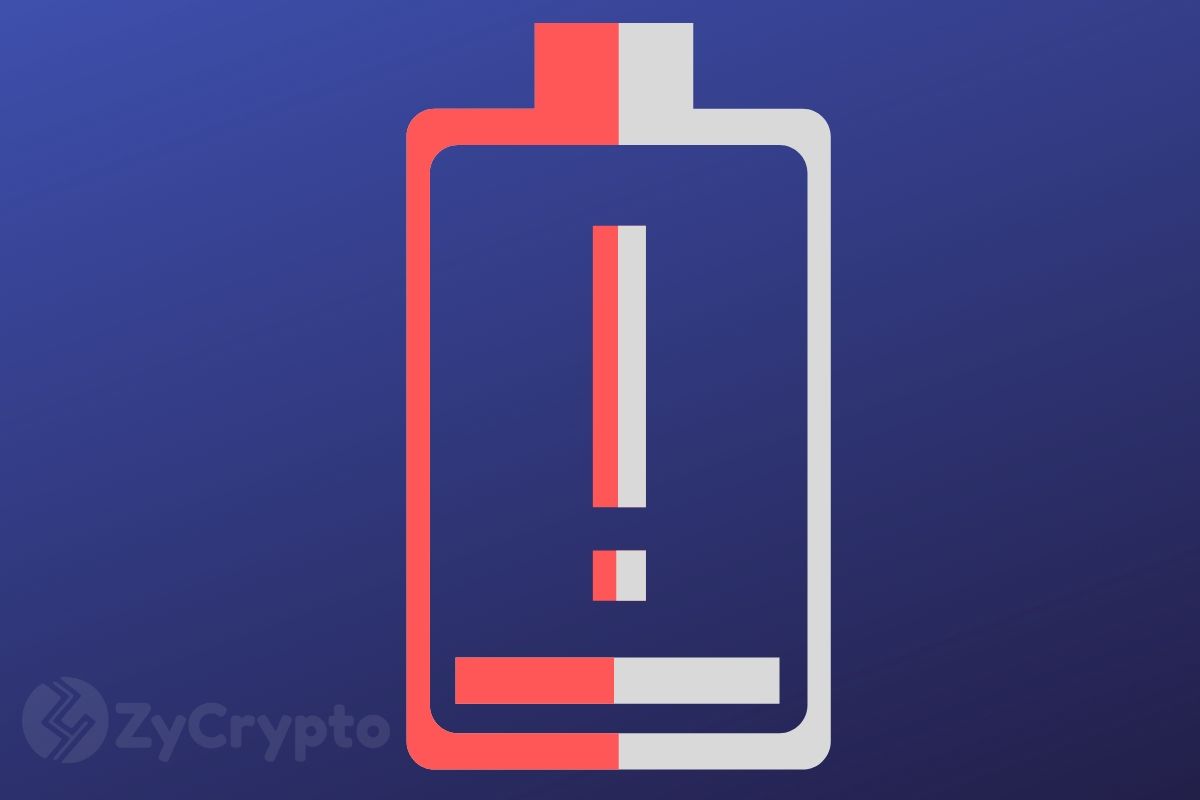 Bitcoin’s efforts to recover from September’s crash have been futile so far. On a weekly chart, BTC has dropped by 4%. Yesterday, bitcoin dropped below $8,000 again to trade at the $7,800 level before rebounding to $8,063.97 at press time. Notably, among the top ten cryptocurrencies, Ripple’s XRP and Binance Coin (BNB) have registered the most gains over the last seven days – approximately 10% gains.

Now, a recent report by Bytetree, a real-time cryptocurrency and blockchain analysis resource, confirmed that Bitcoin’s velocity is at its lowest level in five years. Pricewise, Gold bug Peter Schiff predicts a drop to $2k is imminent.

Bitcoin network velocity refers to the rate at which bitcoin changes hands. According to a report by Bytetree, bitcoin’s network capacity has been dropping which shows that activity on the bitcoin network has been slowing. Such slow network activity has long been associated with bitcoin price weakness.

Bytetree analyzed bitcoin network velocity since 2013 and concluded that bitcoin has dropped below the 600% “historic danger level” only four times: on March 30th, 2014, August 1st, 2018, March 13th, 2019, and August 20, 2019. In the first two instances, the low network velocity was followed by a drop in price. In March 2019, the network capacity dropped – but it regained momentum soon after, therefore, BTC price was not affected.

Per the report, the network velocity currently stands at 463% which was last seen in late 2014. It goes without saying that bitcoin velocity is weak at the moment and could imply that bitcoin’s price could continue in a downtrend in the coming days. Bytetree, however, noted that this is not a guarantee as the bitcoin market is quite unpredictable.

Bitcoin is currently trading at $8,063.97 and remains in a precarious technical position. Its dominance has also dropped by 5% from its Q3 highest dominance level of 72% to the current 66.1. Since testing $8,800 on October 11, bitcoin bulls have been unable to stage a meaningful rally. In the short-term, there is a bearish momentum building up and a further drop to the $6,000 level seems possible.

These bearish sentiments in the bitcoin market have been echoed by bitcoin detractor Peter Schiff. According to the CEO of Euro Pacific Capital, bitcoin’s chart “looks horrible” and the price could drop to $2,000 in the near-term. In his tweet, Schiff also noted that we should expect a drop to $6,000 soon. Moreover, he opined that the head and shoulders pattern is almost complete and this “projects a collapse to $2,000”.

As expected, bitcoin bulls were not pleased by Schiff’s latest bearish analysis. Co-founder of Morgan Creek Digital Anthony Pompliano reminded Schiff that bitcoin is more scarce than gold owing to the fact that only 1% of the world’s population owns bitcoin, thus the crypto is bound to appreciate in some few years to come.