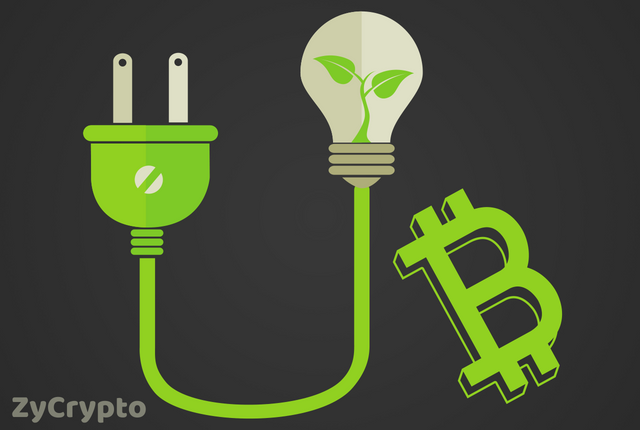 In Jan 2018, an independent article was published online which shows the different energy consumptions associated with Bitcoin mining with regards to different destinations. From the published article, it was seen that bitcoin miners in Venezuela will maximize cost as it was the country with the cheapest energy consumption for bitcoin mining, which stood below $600 for 1 BTC, while South Korea was the highest in energy consumption for mining 1 bitcoin which stood above $13,000.
Since then, there has been migration of bitcoin miners in other to minimize cost as the number of bitcoin in circulation is presently above 17.2 million while its total supply is 21 million. Ever since then, there had been publication to show that bitcoin mining consumes lesser energy when compared to other sectors like the Banking sector.
To join in the debate to support that bitcoin mining consumes lesser energy and has little effect on the environment is a recent research that was conducted by a University Don, in University of Pittsburgh, Dr. Katrina Jelly-Pituo of Electrical and Computer department of the University.
The article was published for non-profit academic online platform, The Conversation, where she stated that the emphasis made by some locals about bitcoin mining energy consumption is false.
Explaining her position on why she thinks that the so-called “bitcoin energy crisis” as a red herring, she says:

“I am a researcher who studies clean energy technology, specifically the transition toward de-carbonized energy systems…New technologies – such as data centers, computers and before them trains, planes and automobiles – are often energy-intensive. Over time, all of these have become more efficient, a natural progression of any technology: Saving energy equates to saving costs.”

This is because, once energy is provided by a power plant or source, it is meant to be use, hence such arguments are not necessary on how much energy bitcoin mining consumes since it does not affect the environment.
In her final statement, she states: “Like many other aspects of the energy industry, bitcoin is not necessarily a ‘bad guy.’ It’s simply a new, and vaguely understood, industry. The discussion about energy consumption and bitcoin is, I believe, unfair without discussing the energy intensity of new technologies overall, specifically in data centers.”