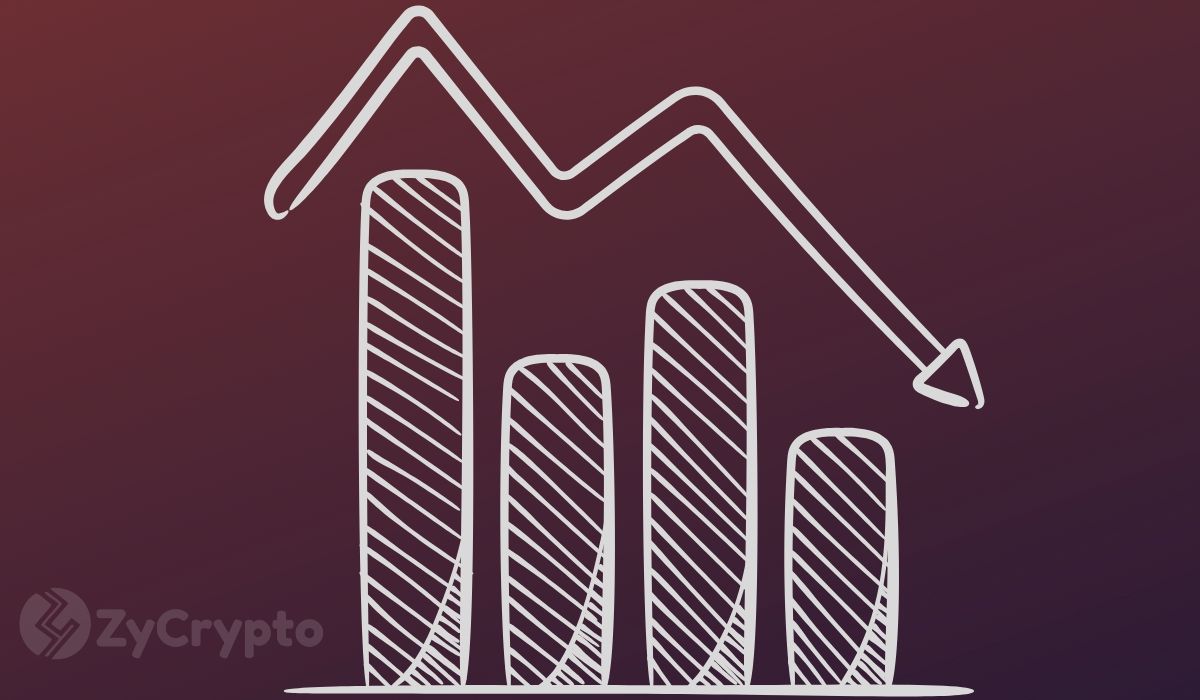 Today, the crypto markets are down reversing almost all the gains of late October. The vast majority of digital assets are posting losses, ranging from 0.81% to 7.13%. Bitcoin is down by 5.04% and ethereum by 2.58%. XRP has failed to swell as Ripple’s flagship conference continues, and is currently down by 5.72%.

On top of this drop in price, bitcoin is also experiencing a decline in the hash rate. Crypto research and analytics firm CoinMetrics noted that over the last couple of days the hash rate has been on a downward spiral, dropping by 7.1%. But despite the drop, Bitcoin is still up by 126% year-to-date.

Bitcoin’s computing power is currently on a downtrend, which stems from lower revenues for miners securing the network. Since the beginning of the year, bitcoin’s hashrate has been gradually rising. This increase has been due to an increase in mining revenue which includes both block rewards and transaction fees. With the decrease in hashrate comes a decrease in mining difficulty – a measure of how hard it is to earn mining rewards from bitcoin- which adjusts after every 2016 blocks (roughly every two weeks).

The network’s hash rate has dropped from 100,950,299 TH/s on October 25 to 91,590,278TH/s on November 7, according to data from Bitinfocharts. This downswing, however, does not come as a huge surprise. Considering the late October slump, it is obvious that mining revenue has considerably waned.

Additionally, another immediate cause of the drop in hash rate is the unfavorable weather conditions in Sichuan, China, where bitcoin mining is concentrated. According to reports, the recent drop in hash rate is due to the halt of the rainy season in China which has resulted in low hydropower generation subsequently incapacitating mining activities. Miners in areas affected by the low hydropower supply have had to either close down their machines or move their operations to other areas with sufficient hydropower but at higher costs.

China is a key player in the crypto industry with at least 70% of bitcoin’s hashrate being generated there. Regardless, China had not been so welcoming to cryptocurrency. Chinese regulators imposed a ban on cryptocurrency trading and Initial Coin Offerings (ICOs) in 2017. As if that was not enough, the National Development and Reform Commission (NDRC) published a list of industrial activities that would be prohibited because they were harmful to the environment – one such activity being bitcoin mining.

But now, NDRC published an updated list and it’s pretty clear the country has no plans of banning crypto mining in the near-future. This new direction marks a unique boon for bitcoin-based activities in China.

Pricewise, the charts look gloomy. At press time, bitcoin is exchanging hands at $8,785.54, down by 5.04% since the start of the day as the bears seemingly gain momentum. This sell-off might extend to $8,600 where fresh selling pressure is likely to emerge and push the price to $8,400. According to one analyst, indicators are nearing overbought zones on the four-hour, six-hour, and 12-hour charts, whilst the one-day chart and two-hour chart are indicative of an already overbought scenario.

In the coming hours (or days), we will see if the bulls will manage to regain control or if the bears will take the prices lower.