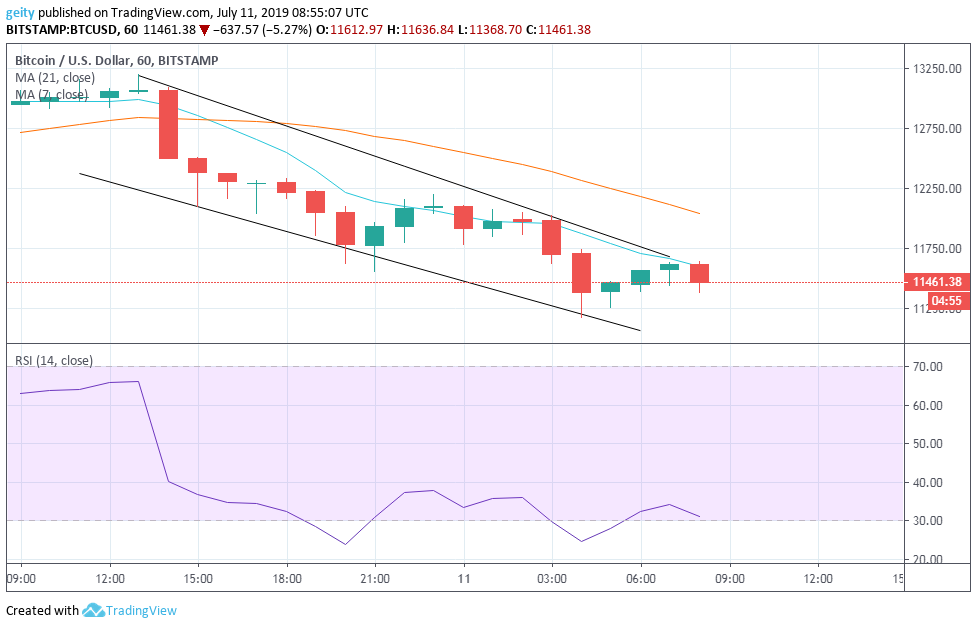 At the moment, all the technical indicators point towards a bearish pressure. With the 21 day MA trading above the 7 day MA that signaled a downtrend. In addition, the Relative Strength Index has dipped from a high of 66.35 to a low of 24.66, which indicated an increase in sellouts.

The underperformance of the pair’s price has negatively affected investor’s sentiment and has also reduced confidence in the coin. BTC is currently operating a trading volume of $34.6 billion and a Market cap of $209 billion.

Currently, all indicators point at a further bearish rally. This is because the RSI indicator is heading south and the 21 day MA is still gravitating above the 7 day MA.  Another short-term drop and more consolidating period are to be expected. New targets should be at $11,170. 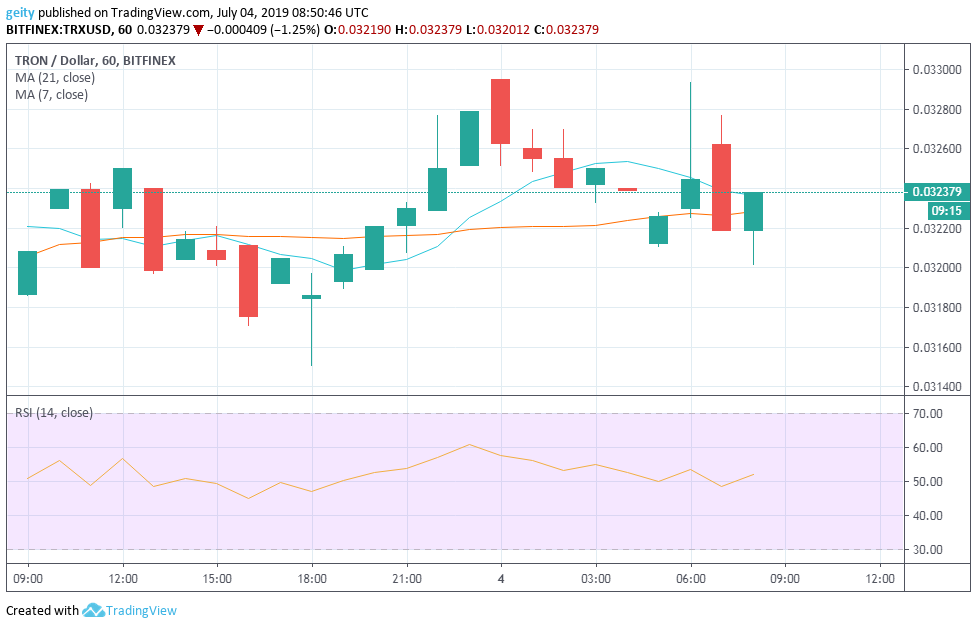 Like BTC, TRX has also exhibited a bearish outlook in the last 24hrs. TRX has sunk by 15.2% since it has swayed from $0.0335 to the current price of $0.0284. The moving average has also bolstered the downtrend with the 21 day MA gravitating above the 7-day MA thus indicated a bearish movement.

The RSI indicator was also seen most of the time below level 30 that signaled an oversold market momentum, thus increase selling pressure. TRX also saw a short-term consolidating period below $0.0332 that was later dipped below $0.0312 and is currently below $0.0278.

The RSI is currently heading north, showing the unwillingness of investors to go short in anticipation for better price performance.  Apparently, despite the general bearish outlook, the bulls are most like to overcome in the coming days. This could be due to the recent step taken by the most popular mobile browser Opera, whereby it has added support for Tron (TRX) and Bitcoin (BTC).

The browser will allow the two assets to trade on its built-in crypto wallet app in the better version on the Android platform. This will enable users to receive and send BTC and TRX. The webpages will also be empowered to make transactions.

At the moment the RSI indicator is heading north indicating a bullish signal. TRX could be breaking out any moment from now, New targets should be set at $0.0320. 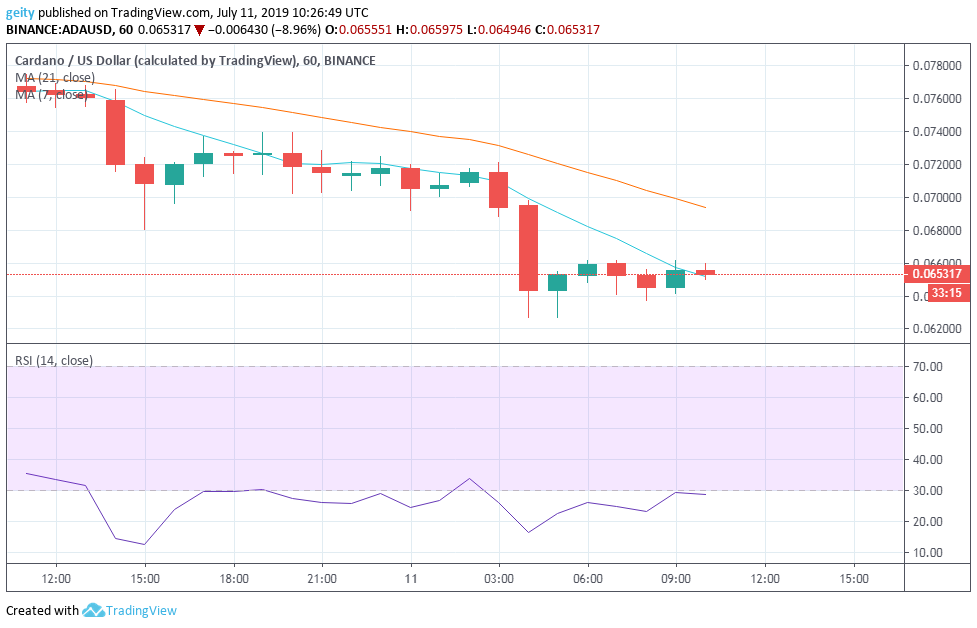 ADA/USD pair has also exhibited a bearish run in the last 24hrs. ADA has underperformed and sunk by 14.5 percent, which is considered as a significant fall. It started trading at $0.0765 and is currently selling for $0.0653. The downward price rally was supported by the 21 day MA that was gravitating above the 7 day MA.

The Relative Strength Index was also continuously observed below level 30 that indicated the market was on an oversold condition.  This showed that the bears had dominated the market momentum that resulted in increasing selling pressure.

ADA saw key support at $0.0693 and key resistance at $0.0734. The support level was later broken and was pushed down to $0.0640 that showed intense bearish pressure. At the moment, the RSI indicator is trading flat indicating a lack of momentum, thus indecision in the market.

During the last 6hrs, the RSI indicator has gained momentum since it has climbed from level 15.61 to 29.79.  This signals a bullish sign. The cardano firm is currently working on building community trust through ambassador story program that could boost ADA coin performance.