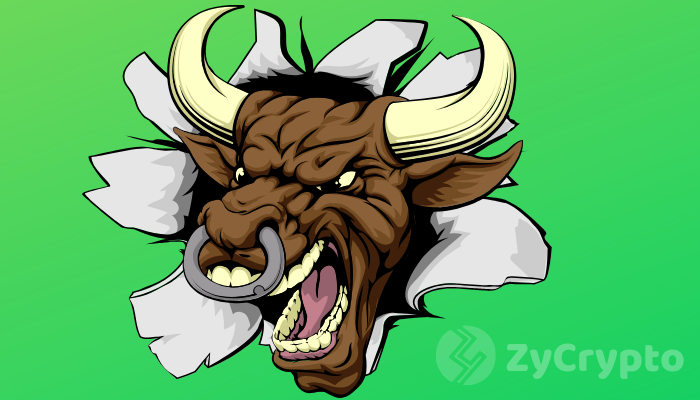 Its mid-month and right at the beginning of a fresh week, the market is green. The bulls are attempting a recovery after a dip in prices during the weekend. The dip saw bitcoin hit a new year low of just under $3,200 and the total market cap drop below $105 billion. Luckily, the market quickly found stability and although prices did not bounce back immediately, further losses were prevented. 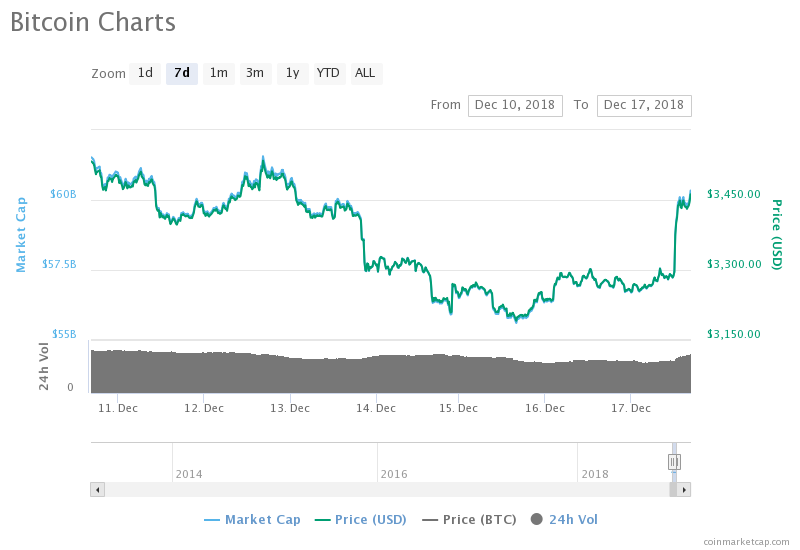 Today, the bulls will attempt to gain ground and push prices up. However, this hasn’t always been the problem. The real issue has been keeping these prices up. For the past couple of weeks, the market has begun green, showing great promise of a long-term rally, but have ended the week in a dip that has in several instances led to new year lows for coins. Will this week be the same? It remains too early to tell.

Bitcoin is however in a better position this week and could enjoy some recognition following the appointment of Mick Mulvaney as acting U.S chief of staff. Mick Mulvaney, who is expected to take on the role in 2019, is reportedly an advocate of Bitcoin. The office of the chief of staff is regarded as the most prestigious political office and with regulations threatening the existence of cryptocurrencies, having an advocate in such a high-profile office could prove vital.

The soon to be chief of staff has a deep connection with the blockchain technology and understands the inner workings. While working at the House of Representatives, Mick Mulvaney was part of the Blockchain Caucus, a group of lawmakers helping create laws to govern new technology. His contribution saw the emergence of two proposals that were aimed at developing blockchain technology.

At the time of press, Bitcoin is trading for $3,450, following a dramatic surge by 5% in the last couple of hours. The crypto leader looks poised to extend its gains and could breach the $3,500 mark in the next couple of hours.

Bitcoin still has a chance of ending the year strong with a position above $4,000 being considered a win. As for the long term, many experts have expressed their opinion that bitcoin is currently undervalued and prices will definitely rally again. According to Tom Lee, a fair market value of bitcoin is $14,800. This position is nearly impossible to achieve this year but remains a prospect for 2019.