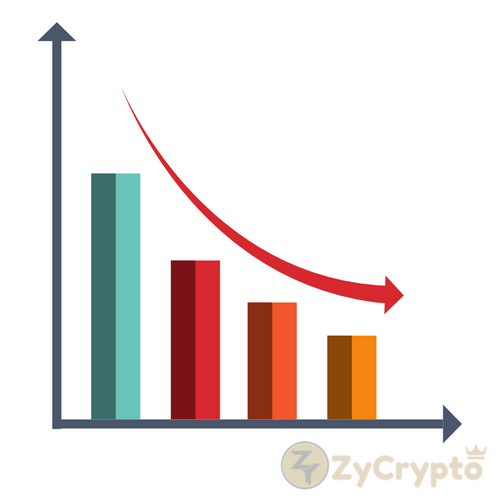 Cryptocurrency investors have had a rough week and a half as the market continues its bearish outlook. In the last big dip Bitcoin billionaires, the Winklevoss twins lost over 600 million dollars in just two days. Almost all the cryptocurrencies were in the red in the last dip, Redditors dubbed it a Bloodbath.
Although the market saw a positive upturn over the weekend, it was short lived. Bitcoin again slid down on Monday by 12% with many wondering what was causing the dip. The usual rumours were making rounds on the internet. However, the most repeated was the supposed Macron-Merkel crackdown on the cryptosphere.
Wall Street Veteran Predicts Bitcoin to Hit Below $1000
Boockvar is the chief investment officer at Bleakley Advisory Group. According to Boockvar, the worst is yet to come for the cryptosphere. He claims that major cryptos could take a hit of 90% and Bitcoin may come down to $1000 to $3000.
Boockvar is quick to add that he doesn’t expect the currency to go away. Boockvar has for some peculiar reason blamed the fall of crypto on the rising global interest rates.
Regardless of what Wall Street guys such as Boockvar say, they must keep in mind that crypto investors and enthusiasts pay no attention to their words. It may not be wrong to say that the relation can be seen as Vader Vs Skywalker.
Meanwhile, from the land which gave us laissez faire economics, Benjamin Dives, the chief executive of the London Block Exchange, believes bitcoin will become more stable in time. The London Block Exchange has stated that by the end of next year, one in three British millennials will have invested in a cryptocurrency. This will lead to cryptocurrencies overtaking bonds and shares in popularity among those aged between 18 and 35.

“The recent dip has shown many new investors the reality of cryptocurrency volatility. This same volatility is what attracted these investors in the first place”, says Dives.

Whether cryptosphere will get out of this miasma and spring along or get bogged down remains to be seen.
What’s your say on the price prediction ?, Can Bitcoin really come down to $1000 ?, let us know below in the comment field below.