As the weekend comes to an end, the market seems to be struggling. Most altcoins have seen much of the gains witnessed at the start of the weekend, go down, marking a price correction. The drop has however seen most find high support positions, validating the recent rally.

During the recent surge, most cryptocurrencies tested key resistance positions.  Most significant was Bitcoin’s new resistance of $5,800. This marked an over 5 months high for the coin and saw the cryptocurrency make an over 6% price leap in a couple of hours.

Bitcoin’s recent form is nothing short of commendable. Over and above testing the $5,800 resistance position at the beginning of the weekend, the coin has successfully maintained this position through the weekend. 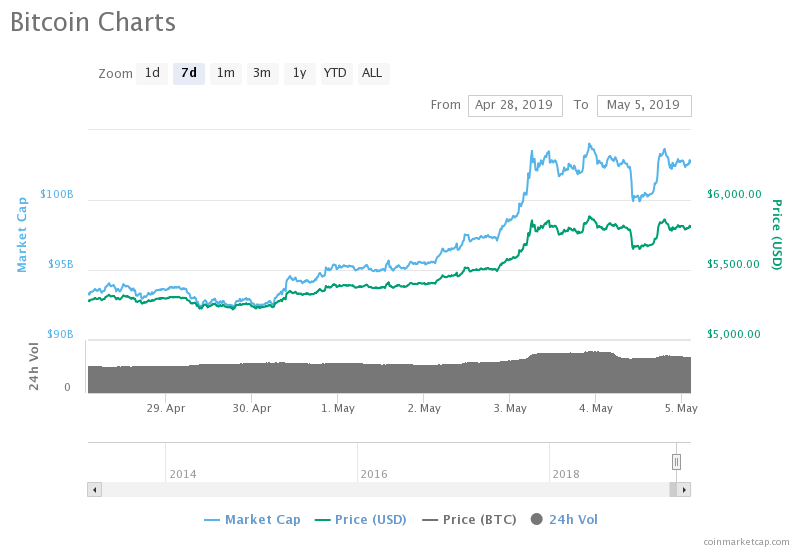 In the next couple of days, Bitcoin is expected to make a retest of the $6,000 psychological resistance position. Its current dominance will go a long way in pushing prices high and keeping them there though this is expected to come at the expense of altcoins. The current high dominance means that investor money is currently moving away from altcoins and into Bitcoin.

Warren Buffett has never been a big fan of Bitcoin. In the past, he has called out Bitcoin as a scam and made predictions of its demise. According to a recent publication, he has again bashed the crypto leader.

“It’s a gambling device… there’s been a lot of frauds connected with it. There’s been disappearances, so there’s a lot lost on it. Bitcoin hasn’t produced anything,” Buffett stated.

Though Bitcoin continues to be challenged by a couple of shortcomings, it is far from being a gambling device. Additionally, it has produced quite a lot in its existence and it is hard not to imagine that the only reason Buffett is not a fan of crypto is that it poses a threat to the system that has enabled him to become the multi-billionaire he is today.