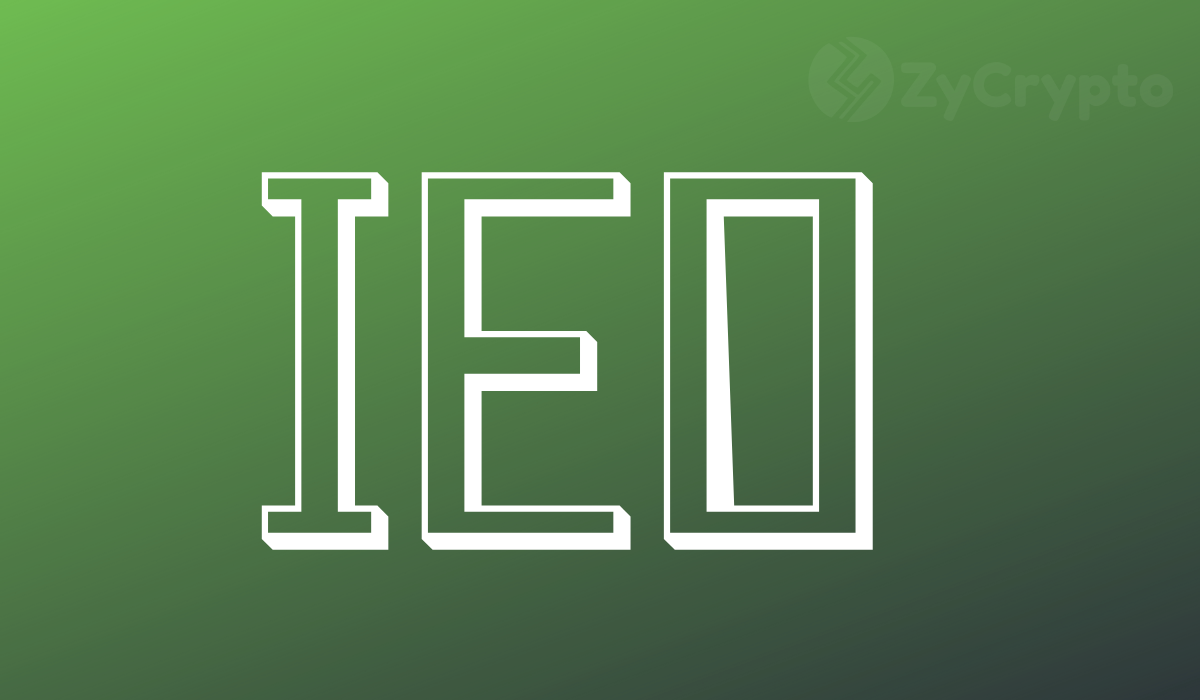 Cryptocurrencies have historically faced turbulence enough to bring the fledgling industry down to its knees. Encouragingly, the system always finds a way to evolve and get back to its ‘raison d’être’: that of being a decentralized currency, free of third-party interference. On the spotlight is the shaping Initial Coin Offering (ICO), the sphere’s primary crowdfunding model, which has been hardest hit and its future bleak. With investor confidence waning, the industry has been waiting with bated breath for change.

In 2019, the Initial Exchange Offering (IEO), an alternative to ICO, did show how popular it had become when Tron’s BitTorrent, crowd-funded $140 million from 100 users through the Binance Launchpad.  With the hype around BitTorrent, it was no surprise that the IEO sold out 59.4 billion tokens in 15 minutes in two sessions where Tron tokens (TRX) and Binance coins (BNB) were the only accepted coins. This success brought relief to projects searching for a trusted fundraising platform answering their calls.

In July 2018, SATIS group, an STO Advisory company, released grim statistics that 78 percent of all 2017 ICOs were scams. These shadowy ICOs had, however, only taken $1.34 billion of the $11.9 billion raised by blockchain startups that year. Pincoin and AriseBank had the lion’s share with $660 million while the latter pocketed $600 million.

However, few of these shadowy ICOs rocked the cryptosphere as severely as the DAO. Undoubtedly, the Genesis Decentralized Autonomous Organization (DAO) was an incredible concept. Founding it was this need of an automated, smart contract-defined venture capital fund specific for blockchain. But, it went horribly wrong. The idea behind DAO was self-regulation; automation without a centralized authority to reduce costs whilst giving more latitude to investors.

So novel was the idea that DAO tokens sold out fast as 12.7 million ETHs were collected. But it didn’t take long before a talented hacker took advantage of a weakness in the DAO’s architecture, draining 3.6 million ETHs. This act forced Ethereum to the hard fork in a bid to recover investor’s funds.

Nonetheless, Ethereum prices fell, and the DAO not only lost its credibility and was inevitably shelved, but suspicion against blockchain grew, fuelling the regulation debate subsequently shaping Ethereum. Pundits now claim that the inability to issue safer ICOs, apprehensive investors combined with strict regulations drew enthusiasm from crypto as last year’s winter came.

Differences between ICOs and IEOs

The success of the Fetch.AI and BitTorrent IEO did thrust this alternative funding model into the limelight. To begin with, the one significant difference between an ICO and an IEO is the presence of a middleman. The exchange holding the IEO puts its reputation on the line and acts as a buffer for investors willing to buy into ambitious projects.

Besides, an IEO, unlike an ICO, cannot be purchased by the general public. To partake of an IEO, an investor has to have an account with the exchange hosting the token sale. By eliminating the facelessness of the person sending and receiving money, IEOs take out scammers issuing ICOs for a technology they cannot deliver.

Technically, ICOs do not have third-party monitors, but in this case, the exchange is the IEO’s administrator. It is therefore imperative for the exchange to ensure that the entity floating the tokens complies with their stipulations. They, therefore, would have to be part of the scam for its investors to get fleeced. And even if they are, their reputation, which takes years to develop, would be in jeopardy.

In this arrangement, an exchange puts its credibility at risk by launching a crowdfunding platform. Since the start-up in need of funds could fail, the exchange must, therefore, perform a comprehensive assessment of a token sale to not only protect itself but its contributors.

Another IEO plus is that all assets are stored in the exchange’s account making it easier for contributors to manage their funds. As far as regulatory compliances go, Zhao Changpeng of Binance says that “regulatory compliance does not change regardless of if you do an ICO or IEO. If you issue a token representing shares of your company, then it is a security (in most countries), and you need to do some work on compliance.”

Are IEOs Evolving into a “Crypto Hype”?

Following hotly on the success of the GIFTO protocol and Bread IEOs on the Binance Launchpad, other exchanges began to offer similar services. The idea though didn’t catch on as fast as anticipated. There was a lull; a period in 2018 when the whole idea was an afterthought.

The trading volumes of exchanges, however, began to drop, with Binance the largest by adjusted volumes suffering a monthly decrease in revenue. Regulations further affected the trading landscape inadvertently paving the way and firming the ground for IEOs. So far, Binance has had four successful token sales on the Binance Launchpad and Kucoin, Bittrex, and Huobi are replicating this model.

Artur Boytsov, Vice President of IEO/STO consulting agency Priority Token, advises in his article that a project must have the following to succeed:

“The reality is that many ICOs have no business crowdfunding from knowledgeable and discerning investors,” says Artur Boytsov, and he added: “ If the exchanges don’t see a clear path to success for a project, including a solid product/market fit, they won’t want to associate themselves with it and deal with the future blowback from their users when the project performs poorly.”

BitTorrent had more than 100 million users while Bread had an app and users. One quality of a high-quality token sale is the evidence of an existing business. A customer base, for example, can be the fuel a startup needs to take off.

Binance’s CEO, Zhao Changpeng is progressive, saying “the more we can help our entrepreneurs together with other exchanges, the better this industry will be…It’s all about helping the best entrepreneurs and growing the industry.” The IEO tide is rising. With a tinge of security–in that the exchange does the vetting– and regulation–because exchanges are on-ramps adhering to jurisdictional laws, investors are confident of what they are getting into therefore benefiting projects keen on developing the space’s infrastructure.