After the price boom enjoyed by Bitcoin (BTC), a sudden correction showed up in the late hours of yesterday that sliced its price down from the high $13,880 to under $12,000. This created panic and a massive sell-off traffic that made a number of exchanges to go offline momentarily to be able to handle the traffic. 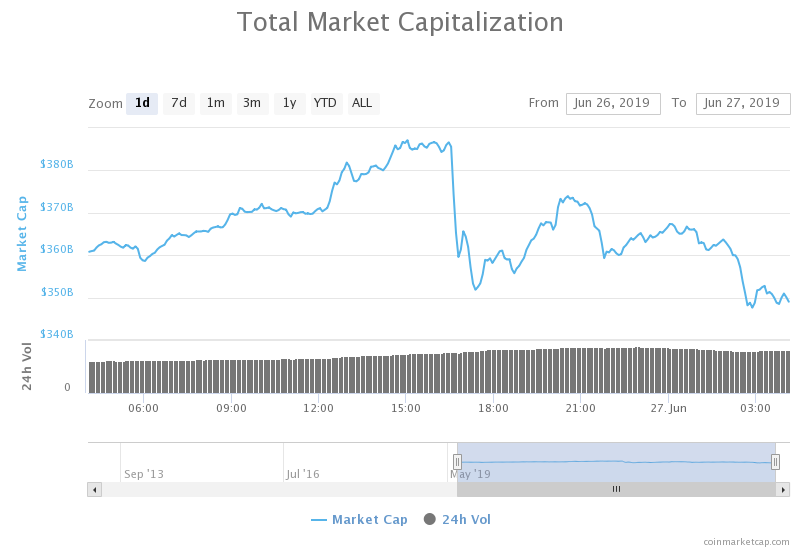 Bitcoin had gained over 20% yesterday alone while Ethereum (ETH), the closest altcoin that was following gained over 11% as the market boomed. Other altcoins, although weren’t doing as good as Ethereum, still recorded some gains in the process. They have all lost the gains at the time of writing and recording losses of 3%-12% for all top ten cryptocurrencies.

Because of the market boom, analysts predicted that Bitcoin would go straight to the old all-time high of $20,000. Things however turned around and a massive correction made Bitcoin lose 10% in less than 5 minutes.

Analyst Josh Rager earlier mentioned a possible pullback but did not anticipate it would come so soon and fast. According to his forecast, a major correction could take Bitcoin down to the low $8ks. Bitcoin, however, seems to be stabilizing at $12,200, which suggests the price could go further down or back up when it completes a consolidation process.

Exchanges such as Coinbase actually experienced outages which were due to excessive panic traffic from users, it only lasted for a short time and they have been back since yesterday. Although a continuing selling pressure could cause the price to go down further, it will not be all bad as it presents some with another opportunity to buy and be part of the next price rally.

It could also be an opportunity for altcoins to pick up as Bitcoin dominance drops due to price, but unfortunately, altcoins have lost even more than Bitcoin in this correction.

The altcoin season has been delayed due to increasing Bitcoin dominance which went up to 62% as at yesterday. If Bitcoin bounces back and alts are still down, the alts season may still be further away than most people think.