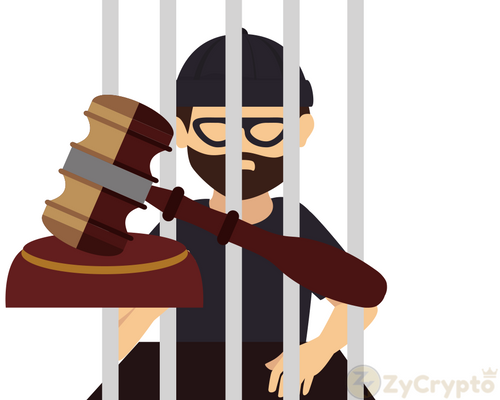 About a year ago, the British police arrested a young man by the name Grant West who is said to be involved in numerous cryptocurrency theft in the past. While West was being captured, surveillance cameras showed passengers cheering as the young man was taken into custody.
This arrest is a significant one for Scotland Yard as the 25-year-old was the first cyber attacker who has been arrested and also had a whole lot of cryptocurrencies worth about $700,000 withheld by the London Metropolitan Police.
Mick Gallagher who is a police investigator who happened to lead the two-year mission which leads to the arrest of West said:

“These people generally feel they can operate with impunity, that they can’t be touched. We have now debunked that.”

In a court hearing last Wednesday, it was said that Grant West would be sentenced come May 25. Rachael Brookes who happens to be his girlfriend also aided him in committing his crimes had been sentenced to a two years community service.
Before this moment, sometime in December, Grant had pleaded guilty to some offences and also a cyber attack on a fast-food establishment. Aside from that, he was involved in attacks on over a hundred companies which includes supermarkets, cell phone companies, online gambling platforms and so much more in the second half of 2015.
In an attempt to lure people into freely giving up their data, Grant used phishing emails, the police said. Grant now traded these data in exchange for cryptocurrencies on secret platforms on the Dark Web. His proceeds were then stored on multiple digital currency accounts.
Though it seemed that the money recovered from Grant was low, his case proved the challenges encountered by law enforcement agents to clamp down on criminals of such nature.
The investigators were only able to take over his loot as a result of barging in on him when he was logged onto his laptop as he was arrested on the train.
As the United States and Britain continue to find new ways to regulate cryptocurrencies, Gallagher who is with the Metropolitan Police revealed that there are over 150 types of cryptocurrencies which give its users ultimate anonymity, and these are cryptocurrencies are being used on daily bases for illicit acts.
Henri Arslanian, a cryptocurrency expert, based in Hong Kong said that cryptocurrencies may not be the best option as cash still has a lot of advantages over cryptocurrencies at large.