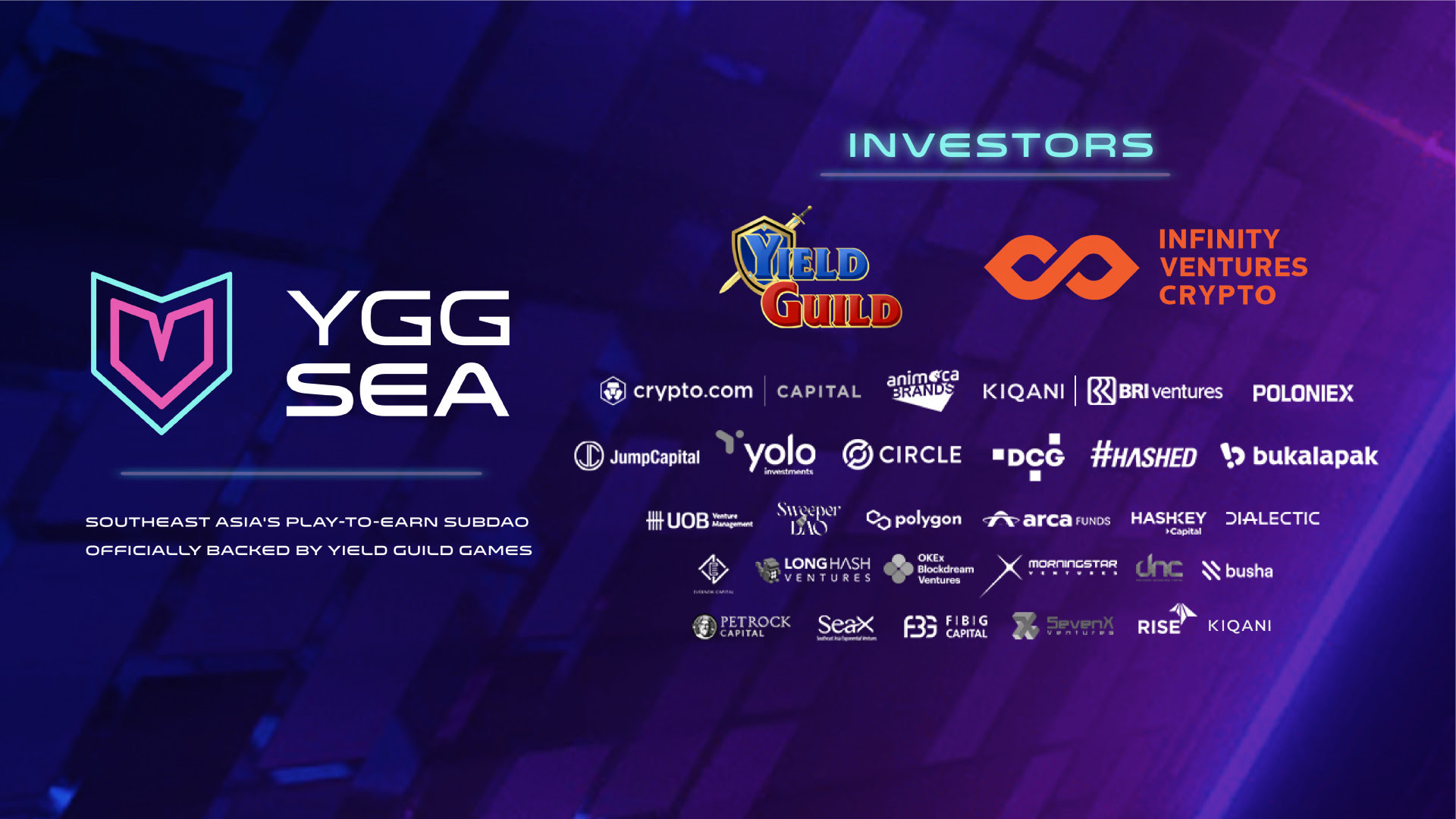 The two funding rounds mark another milestone for YGG SEA as it continues to make efforts to accomplish its mission of supporting locally developed play-to-earn games within the Southeast Asia region and acquiring NFTs that are uniquely suited to the needs and interests of SEA’s player base.

YGG SEA had unveiled that the funding round was held to enable it to achieve its mission, therefore noting that the proceeds from the two private funding rounds will be used to boost the adoption of play-to-earn gaming in Southeast Asia countries. YGG SEA is also committed to helping locally developed play-to-earn games go global.

The new development aligns with the vision of the parenting YGG ecosystem, which is aimed at not just onboarding players as scholars, but being the bridge that brings the Web2 community into Web3 space through GameFi.

A number of the YGG SEA’s investors expressed their confidence in the potential of YGG SEA towards onboarding players to blockchain across the Southeast Asia region. A comment from one of its investors Animoca Brands CEO Robby Yung reads;

“As an investor in YGG, Animoca Brands is a supporter of the YGG SEA team, its business model, and its regional focus. We believe YGG SEA will strongly contribute to onboarding players to blockchain across South East Asia.”

“Crypto.com Capital is pleased to support the launch of YGG’s first ever subDAO — YGG SEA — in its private funding round. We believe that Southeast Asia will continue to be the largest market globally for play-to-earn operators, and that YGG SEA — with its operational expertise spanning from YGG and its in-country teams — will continue to hold the lion’s share of high-quality scholars in the region.”