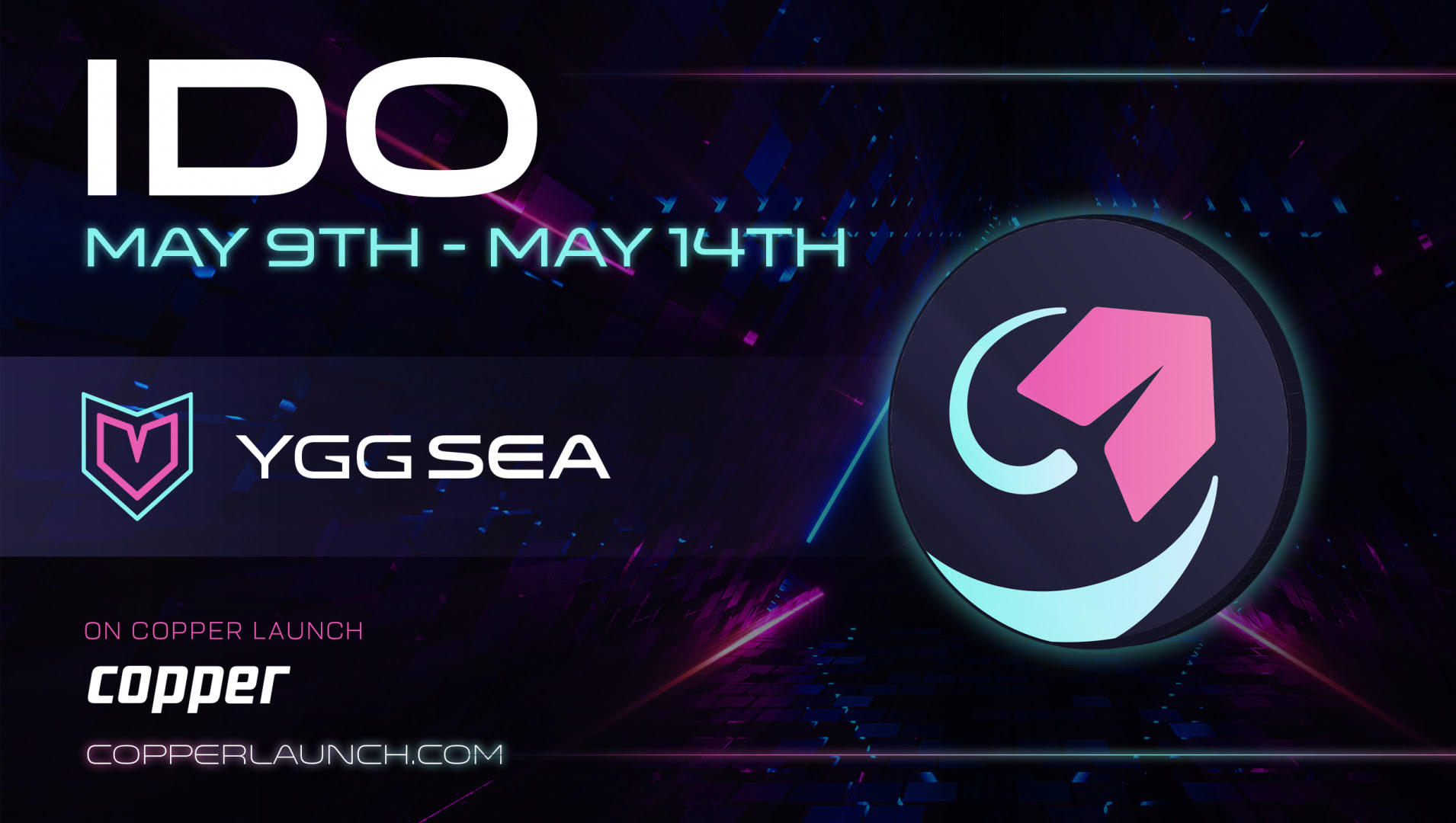 Yield Guild Games SouthEast (YGG SEA), the first subDAO of blockchain gaming platform Yield Guild Games, that seeks to create the biggest play-to-earn virtual economy in Southeast Asia is pleased to announce the launch of the Initial DEX Offering (IDO) of its $SEA token on the Copper launchpad.

According to the announcement, a total of 75 million $SEA tokens have been allocated to the IDO public sale, which represents 7.5% of the total supply of one billion tokens. However, the IDO has been scheduled to run from May 9th till May 14th, 2022 on the Copper platform, with a starting price of $0.50.

“The IDO is a once-in-a-lifetime opportunity to appreciate our community’s unconditional support.”

“We are where we are because of the community and we would like the community to own a piece of YGG SEA through the IDO. DYOR, all I can say: what you see today is just the beginning of what will unfold in the coming months,” Umar added.

The platform unveiled that it is committed to ensuring fairness and transparency during the IDO, as such it is giving everyone the opportunity and time to participate in the IDO in a fair and transparent manner.

Considering that Copper is recognized as the most decentralized and user-friendly way to participate in a specific configuration of Balancer’s Liquidity Bootstrapping Pools (LBPs), which allows for more equitable distribution of tokens for all participants, there is a guarantee that the Token Launch Auction on Copper will allow for real-time price discovery, open and permissionless participation, and fair distribution of tokens.

Furthermore, it disincentivizes front-running bots and whales to get the $SEA token into the hands of as many participants as possible. Nonetheless, YGG SEA disclosed that it is looking forward to expanding into three additional countries within six months, thus leading to the complete SouthEast coverage planned by 2024.